Ireland is not hurting for castles. They have a plethora as compared to most countries. But if you have never seen one, owned one or stayed in one chances are this is something you’ll want to add to your bucket list. And as far as castles go, this next selection is one that will make any novice swoon.

Originally owned by Robert Usher, the land that comprises Ardgillan Castle was eventually sold to the Reverend Robert Taylor. Once he acquired this property, it was the reverend who saw to the construction of the house and the removal of much of the trees and wooded areas which enabled such expansive lawns to grace the now epic scenery. If it weren’t for the Reverend Taylor’s foresight, determination and attention to detail, the estate would not have the beauty and majestic views that it currently offers.

It was not until the 1960’s that the Taylor family sold the home to another prospect. However, this was not necessarily a bad thing. By the 1980’s, that prospect sold the home and the land to the Fingal County Council and because of that decision, the government would someday allow the public to see Ardgillan Castle in all of it’s glory since it was no longer a privately-owned property. 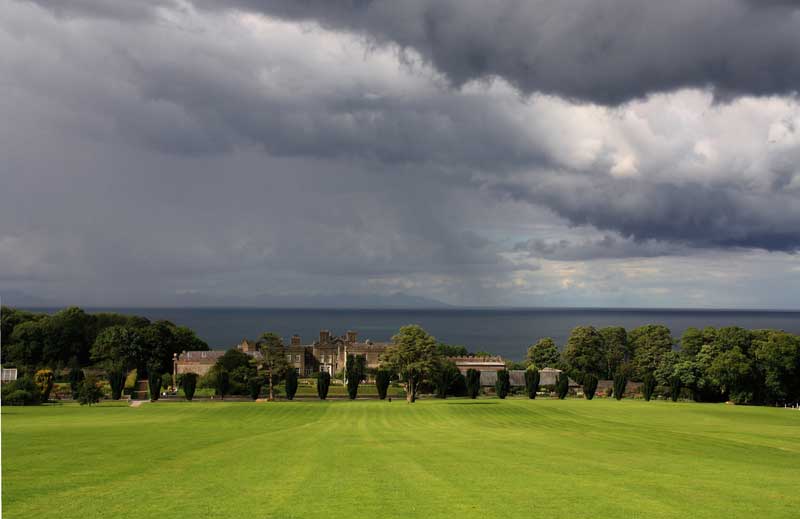 One of the most interesting and compelling stories of this castle is that of the ghost of the lady of the stairs. This ghost is based on a woman by the name of Louisa Connely. She was married to the nephew of Reverend Taylor and they were visiting Ardgillan in the late 1700’s. As the story goes, Louisa’s husband was away on a hunting trip while she was awaiting for him back at Ardgillan. She did what she could to pass the time one of which was to take to the sea for a daily swim. She was by all accounts a very good swimmer.

However, on her last day of wailing she decided to go for a swim despite a warning from her servant that the seas looked too rough. Within minutes of her entering the water, Louisa was overwhelmed by currents and many onlookers witnessed her drown which included her cousin Maria. Her servant tried to save her as she flailed, but she could not reach her in time or in the turbulent conditions. Sadly, it took rescuers about an hour to retrieve her lifeless body from the sea.

The ghost that people speak of today is attributed to the pathway that leads from Ardigillan to the Barnagerra beach. They refer to this walkway as the Lady’s Stairs in memory of Louisa. Some say she is awaiting for her husband’s return. Others caution that if one were to go near the stairs on Halloween that a spirit would appear and attempt to harm them by forcing them into the waters. None of the stories have been proven and are mostly based on legend. Louisa left behind a family after that stormy day and those who witnessed her death were forever transformed, most of all Maria..

Ghost stories aside, the public had their first access to the castle and it’s grounds in 1992. What is available and offered to the public includes tours of the gardens, the castle, and a bevy of unique tearooms with different delectable selections.They have a holistic center on the property which offer services like aromatherapy, reflexology and even angel readings among many other offerings. Weddings, room hires, conferences and a variety of creative classes are also on their list of services. Ardgillan is closed for several months throughout the year so be sure to check their site for more info here.

For a video and a nice story on Ardgillan see this video below.