If you are looking for a classic castle situated near Dublin where you can stay for a night or two and even participate in unique activities, the Barberstown Castle may be the place for you.

Today this ancient castle that was built in the 13th century is now a four star hotel. However, how it got to be this hotel took a long time and several different paths throughout centuries of Irish history.

The castle was built in 1288 and today sits snugly on twenty acres of land. The purpose when it was built was to offer the local people protection from Vi Faelain who attempted to burn down many towns in Ireland during the 13th century. Nicholas Barby was the original owner of the castle who had built it from the ground up. However from that moment on, the castle became centripetal in many different struggles seen by the people of Ireland both political and otherwise. 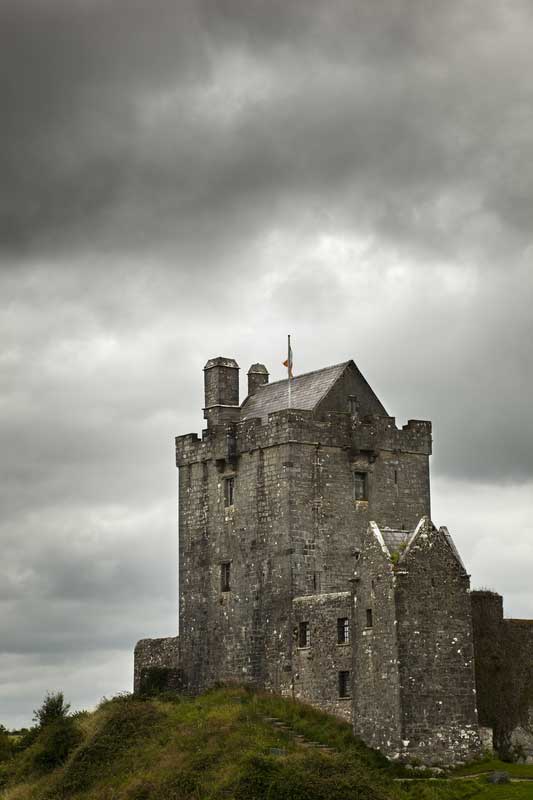 The castle has had many owners and each one has gone to exceptional length to retain the property and prevent it from being lost. One such owner signed a lease that did not expire until he was deceased and even after that point, his body was buried in a high tower inside the castle thus enabling his family to keep ownership of Barberstown.

One of the most fascinating features of Barberstown was the discovery of a secret tunnel that led from the castle to a church in nearby Straffan. It is believed that the tunnel was used for religious men and others to hide and escape injury during the penal times in Irish history. There was even a priest hole found inside the castle which was specifically made to protect the priests from religious persecution.

Each of the many owners brought something special to the history of the estate and some of them stood out more prominently than others. Lord Kingston had his rights to the castle taken from him in the 17th century by the Earl of Tyrconnell. At this time, the castle went through some of it’s lowest points.

In the following century, Bartholomew Van Homreigh purchased the castle and put it into a better standing financially. One of the most interesting aspects surrounding his ownership was that he was the father to “Vanessa” which was a pseudonym given to a woman who had been a longtime lover and correspondent to Jonathon Swift. Swift was a famed essayist and writer from the 17th century. In more recent years, the musician Eric Clapton purchased the property in the 1970’s, but eventually sold it.

The hotel offers fifty-five rooms and prides itself on offering rooms that are distinctly different from one another. Also, each room is named after a previous owner of the castle, which adds a personal touch to a stay in the hotel. The establishment offers several choices for dining and options to eat and drink. Weddings, conferences and other diverse opportunities await the guests here during their stay.

Barberstown is not just a castle, but you can go there and participate in a murder mystery evening,  the Irish farm Olympics for team building, and even their medieval banquets. The banquets are historical representations of the castle’s history presented by actors and performers. Some of these actors play former owners and get to recount their tales during a dinner production.

Clay pigeon shooting, horseback rides and archery are also available at a location near the castle. For more information on when to plan your next trip to Barberstown Castle click this link here.

Please see this link here to see a preview of the medieval banquets offered at Barberstown Castle.