Gender equality, trans and bathroom predators. What does it all mean?

Did you ever think there would be a day when we would need to even ask those questions? I didn’t ever consider it and I reckon that most people out there haven’t. However, if there’s one thing that the world can always guarantee, it’s change or progress. I know alot of people may not consider any of those premier topics to be synonymous with advancement, but rather with a turn that they are uncomfortable with. Why?

Battles like this usually start at the very beginning, where you find the babies. From the get-go, when a child is born, people typically want to know two main things. First, if the baby is healthy and secondly, if it’s a boy or a girl. Traditionally, this is how it works. I think we learn to compartmentalize what to ask, expect and prepare for as it’s human nature to simplify things.

But for some people, misfortune occurs in the area of health and even still, for others, a process begins to develop that is unseen. Today, a mother came into a facility where I work and dropped off her lovely daughter. The mother prefaced her greeting with the notion that her daughter was dressed gender-neutrally today. I’m not sure of the exact words that she used, but I got it. I was actually impressed that she even said it. Her daughter was wearing teal and other colors that would look good on a boy or a girl. However, not all families are the same and neither are cultures.

So many times, people try to fit their kid or themselves into a particular box. Alot of times there is no “other” box or category, which leaves those who don’t sit nicely in one or the other out in left field and I bet, rather confused. This is a not-so-subtle way that society has deemed what things are standard and what things are not.

One transgender woman in Ireland, Ellen Murray, is making history for being the first transgender candidate in Ireland. Her running does have much to do with the things that she has seen missing from her life because of how she identifies. Her goal seems to be that she wants to help others like herself and advocate for those who seem to be in great need of a voice. However, when people like Ms. Murray step up, sometimes so do other people who don’t like the kind of change she is talking up. It doesn’t take me long to wonder where this all might have started.

It goes back to when we are little. 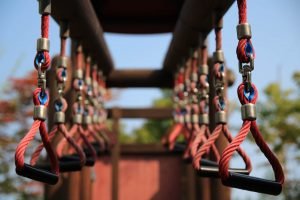 This is when we learn what is right and what is wrong. This is how and when we see how others are treated and what behaviors are ok and what behaviors aren’t. And although I don’t think young kids need a great lesson on this particular topic, I think that the bottom line is to lean towards teaching children tolerance in all endeavors.

It’s no longer ok for a big kid to beat up on a smaller one, not that it ever was. The way I see it, it’s for things like this issue that offer a main reason as to why we should care more from the initial stages. Why does there always have to be someone on the outside? After all, the kids out there right now will be around when we won’t be. I would think that it matters a great deal that we give them the tools that we know they’ll need the most.

Learning to discriminate is often something that is very useful for children. As a teacher, I know why it is important. Children learn the difference between shapes and sizes. They learn the difference between two shades of blue by discerning and perception. I think that we need to make sure that we let kids know where discrimination is most useful and how to apply it, as well as, where it should never be utilized.