Ireland is a very green and lush country. It is revered for having some of the most exquisite gardens to see in all of the world. This could be because Ireland hosts the perfect climate for such things balancing a remarkable amount of precipitation and very little snow. This proves ideal for growing gardens. If one were to visit Ireland there are a few places to not miss if you wanted to see the best gardens in Ireland.

At the top of that list is Powerscourt. Powerscourt House or Estate is located in Wicklow. It has a grand house on forty-seven acres and contains many gardens. The house was once a castle in the thirteenth century and is breathtaking to view due to it’s architecture of the past. In the nineteenth century the decision to include gardens became a goal of the owner which included incorporating Japanese gardens, a lake, a pet cemetery, a pond and several other gardens and additions. 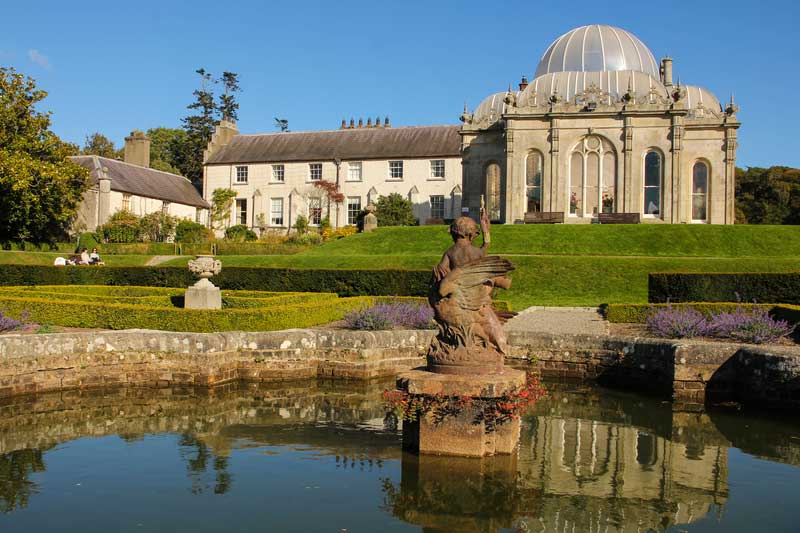 What is so prestigious about the design of the gardens at Powerscourt are the influences that were taken from notable buildings and iconic monuments from around the globe. Theirs was a garden that was not to be just of a generic variety, but of worldly tastes. It took twenty years for the gardens to be completed.

Another garden worth seeing are the gardens at Killruddery House. Kilruddery is a large country style house in Bray. The house was built in the seventeenth century in an Elizabethan style. It is unique because as far as it’s gardens go, they are the earliest gardens to date as for the country of Ireland as for size and style. The house displays several canals that run alongside the gardens as well.

Next there is the Belvedere House and Gardens near Mullingar. This is a country house near the shore of Lough. It was built in 1740 as a hunting lodge for it’s original owner Robert Rochfort. There is a sordid family history behind the Belvedere House and family mixed with adultery and other problems which caused a change of hands as well as design to the house and thus the gardens. Today the home now features what is known as the jealous wall because what was meant to block the view of Robert’s adulterous brother’s property which is part of the gardens.

Lastly, a lovely garden to note but sadly not able to be viewed would be Derreen Garden which is located in Tuosist Parish near Kenmare. The gardens began when Henry Petty-Fitzmaurice, 4th Marquess of Lansdowne came up with the thought, however it was his son who brought the gardens to fruition. They were both ambitious people wanting to transform this property into something beautiful because of it’s remote location and to take advantage of it’s substance and material. Therefore, Henry Petty-Fitzmaurice, 5th Marquess of Lansdowne, employed forty people to plant the garden.

He had people bringing in plants from as far away as the Himalayan regions and other exotic locations for his garden in Derreen. All in all, this garden encompasses sixty acres of land and some twelve acres of pathways. Perhaps someday they will share this vision with others but today it is the only garden on this list not viewable to the public.