Home > Blog > Irish Culture > The Bodies in the Bogs

Ireland can be just a tad spooky this time of year with the fog and the howling winds, but if you are passing by a bog at night, you are probably better off not thinking too much about what… or who… is buried there.

If any souls have ever had a reason to roam the earth in anger, it would be those whose remains are sunk in the bogs of Ireland.  Many of the well preserved bodies found in Irish bogs appear to have been victims of ritual torture and murder.  Fear not, however, the perpetrators have been dead for centuries.  Most Irish bog bodies date back to the Iron Age.  Most, but not all. 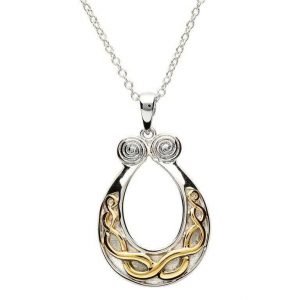 The National Museum of Ireland’s permanent exhibition Kingship and Sacrifice explores the theory that many of Ireland’s bog bodies were human sacrifices killed during the inauguration of a new king.  The items found with the bog bodies are the museum’s main clue; they include horned headdresses and gold jewelry such as collars as well as feasting utensils and equestrian equipment suggestive of a procession.  Of course, weapons were also found.  The human sacrifice theory is relatively new, and it does not explain all remains found in bogs.

Bodies have been found in Irish bogs from Antrim to Tipperary, Wicklow and Galway.  County Offaly can be awfully scary – it is home to quite a lot of bog land.  But Ireland is not the only country where long preserved human remains have been discovered in bogs.  England, Scotland and Wales have had bodies discovered in their bogs, and bog bodies have also been found in Denmark, Germany, the Netherlands and Sweden.  Most of them were killed as adults, often in their 20s. 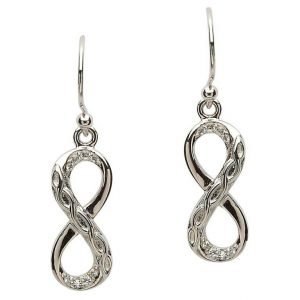 The reason we are still finding bodies in bogs is because the bog itself preserves them.  Bodies buried or left in other types of terrain in the Iron Age would have decomposed long ago, but a body sunk in a bog is not exposed to oxygen.  Conditions beneath the surface of the bog are cold enough and acidic enough to mummify remains and preserve artifacts, even clothing.  Many bog bodies still have hair attached and are in good enough shape for researchers to determine if their hands show signs of having done manual labor or not.  One bog body was even found to have a primitive type of hair gel made from tree sap.

If you drive through the Irish midlands on the back roads, you are likely to pass through a bog at some point.  The bleak, brown landscape looks almost boring compared to the rolling, green hills dotted with sheep and the occasional ruin, but beneath the surface lurk clues to the mysteries of Ireland’s ancient past.  Hordes of golden jewelry, tools and preserved human remains offer us glimpses into a history of royal glory and unspeakable agony.  We are unlikely to ever really solve the mystery and understand what happened to those whose remains are buried in the bogs, but every discovery offers another clue.