The mention of pearls usually conjures up romantic images of pearl divers searching for oysters in tropical waters. But not all pearls come from warm seas. Some species of pearl-producing molluscs live in freshwater in much cooler climes, including Ireland. 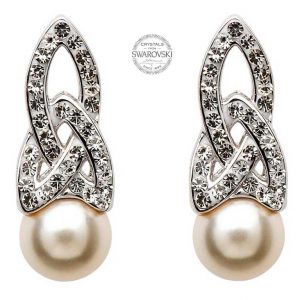 This wee island has never been a large producer of freshwater pearls, but it is home to the margaritifera margaritifera, a bivalve mollusk found in rivers and lakes throughout Ireland. Finding a pearl here was a rare event. Nonetheless, people tried, and they succeeded enough to leave evidence of how they used pearls. But that wasn’t good for the margaritifera margaritifera, which are now endangered and protected by law. Left alone, this mollusk lives for about a century and actually cleans the water it lives in. 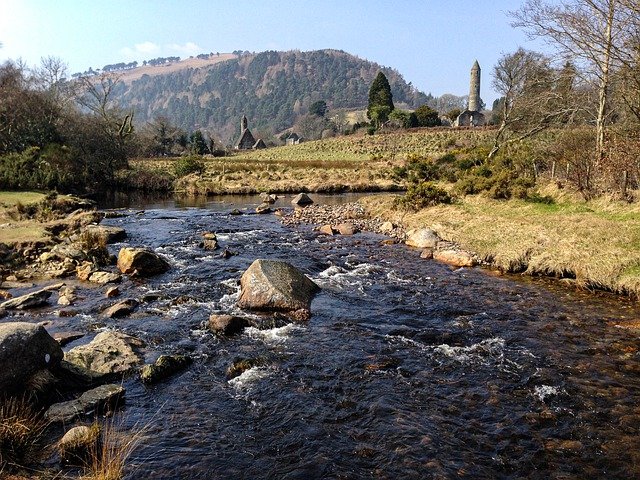 Pearls occur so rarely in nature that at times they have been worn exclusively by royalty. Before the advent of pearl farming, pearls were mostly featured on crowns and other pieces worn by royalty and the most elite and affluent. Today, thankfully, it is a lot easier to indulge our inner royal with some pretty pearl jewelry. Forget the pearl-clutching. Today, jewelry designers are creating a wealth of innovative styles to celebrate pearls. ShanOre’s collection features pearls set in distinctively Irish trinity knots motifs. 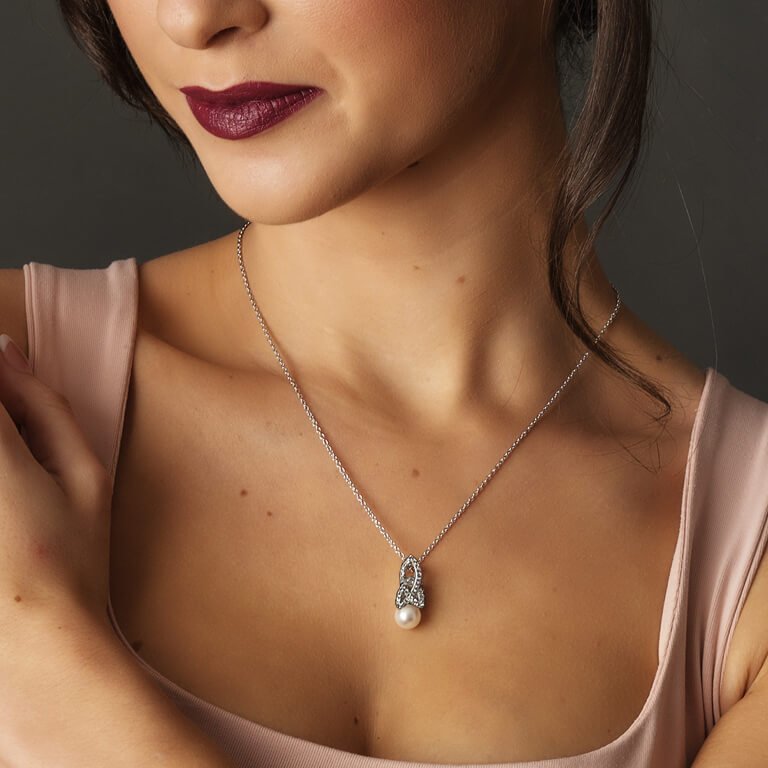 Unique among gem stones because they are created by creatures and not mined from the earth, pearls have a rich and romantic history around the world. Their beauty is irresistible, and their symbolism only adds to their appeal.

Generally, pearls are symbol of royalty and purity. Cleopatra famously served one to Mark Antony as part of a challenge to see which of them could serve the most extravagant feast. (Spoiler alert – she won, and he declined to consume the pearl.) But what have they meant in Irish history? 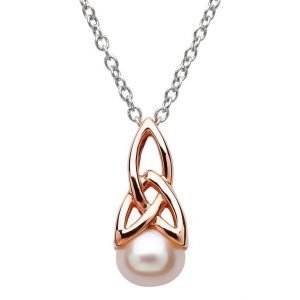 The ancient Irish knew the value of pearls. While they could be found all over the island, they were still rare. Only about one in a hundred Irish pearl mollusc will produce a pearl. The ancient Irish used them for trade, particularly trade with the Phoenicians, who lived in what is now Syria, Lebanon and part of Israel. Those ancestors used pearls to buy the Phoenicians’ secrets for making for purple dye. 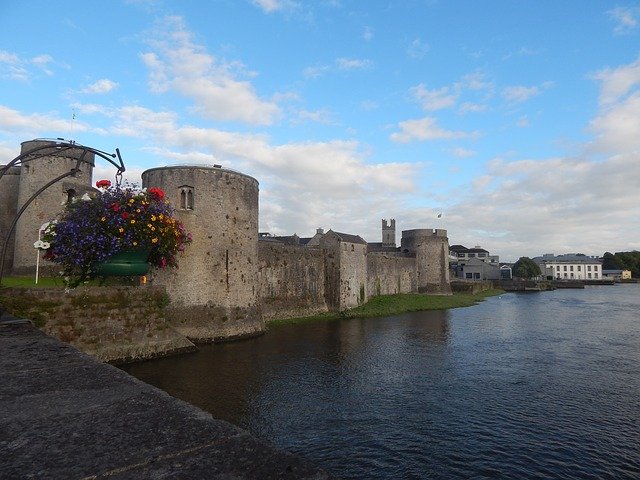 Of course, the ancient Irish used pearls in jewelry too. They loved their jewelry, and were known for wearing so many different types of pieces – necklaces and gold collars, finger and thumb rings, bracelets and anklets as well as different types of broaches and clothing fasteners. Wealthy people also kept extra pieces of jewelry on hand to use as payment to poets and singers. These pieces were often adorned with pearls as well as seashells, garnets, amber and other gems.

In different eras, the Irish used different types of metals to make their jewelry, primarily gold and silver. Of course, pearls look stunning in both. They are also beautiful when combined with gemstones such as sparkling crystals. This is the emerald isle, but pearls also make a good symbol for a place surrounded by the sea and crisscrossed with rivers. 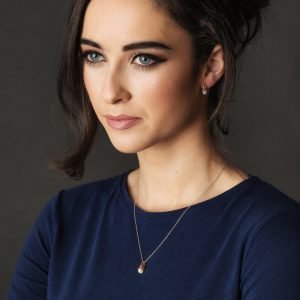