Today would have been Irish author Maeve Binchy’s 74th birthday, so it is a good time to celebrate the literary legacy of this incredible artist.

Binchy was never the stereotypical Irish writer. She wasn’t tormented or edgy, and she didn’t feel she had to flee Ireland to write as she wished. Renowned for her warmth and down-to-earth personality, she captured the realities of life for Irish women without being melodramatic. Without fanfare, she simply wrote about capable, realistic women taking charge of their lives, finding and losing love, without being rescued at the end by a handsome prince. 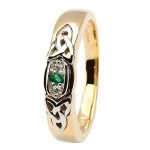 Her work included journalism, short stories, and plays, but she is best known and loved for her 16 published novels.  Two of her books, Tara Road and Circle of Friends, were made into films, as was her short story How About You.  Other works were developed into television productions, and she and her husband Gordon Snell had a cameo appearance on the Irish television show Fair City.

While many Irish writers have a more friendly reception abroad than at home, Binchy stands out as an exception.  She is beloved rather than begrudged, perhaps because readers feel her books reflect their lives instead of critiquing and questioning them.  Binchy did not shy away from difficult or emotional topics, but reading her novels is more like sitting down with a trusted friend for a cup of tea than being psychoanalyzed.  She quipped that she “had a very happy childhood, which is very unsuitable if you’re going to be an Irish writer.”

Binchy was born in the Dublin suburb of Dalkey on May 28, 1940 and died in Dublin on July 30th, 2012 after a short illness.  Her funeral was held in Dalkey.  While she lived most of her life in the same area, she was not lacking in adventurous spirit.  After she graduated from University College Dublin, she taught in girls’ school around Dublin, including a Jewish school where parents helped her arrange a trip to Israel, where she worked on a Kibbutz. 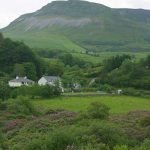 She wrote home regularly, and her parents were so impressed with her letters that they sent them on to be published by an Irish newspaper.  That was Binchy’s start as a published writer, and she began to write travel articles.  She became a staff writer and columnist for the Irish Times in the late 1960s, and worked as the paper’s London editor.  Living in London, she and her future husband, who she had met on a previous trip to the city, could spend more time together.  After they married, she transferred back to the Irish Time’s Dublin office and the couple settled in Dalkey, her childhood home, where she wove her tales of rural and urban Irish life.

Binchy published three short story collections, Central Line, Victoria Station and Dublin 4, before selling her first novel, Light a Penny Candle, which was published in 1982.  She completed her last novel days before her death; A Week in Winter was published months after her death in 2012.   But that was not the end for this prolific and beloved writer.  Chestnut Street, a collection of short stories she worked on for decades, was published just last month.