Ireland is no stranger to classic love stories. The beautiful scenery found in the Republic has hosted many a love tale both in triumph and in tragedy throughout history. Many people flock to Ireland today because of the deep reputation rooted in Ireland’s past of so many souls who have found each other here and gone on to live happy lives. Many people want a chance to start anew which is what makes Ireland such a romantic destination.

One of the most famous tales is that of Tristan and Iseult. Although, it is a great classical romance it is also a sad romance. Tristan was the nephew of King Mark of Cornwall. The King sent his nephew to fetch his bride to be, Iseult. Previously, Tristan had been in a conflict with a man named Morholt. Tristan had injured Morholt and killed him with a sword even so far as leaving a piece of the weapon behind. Tristan did not escape injury and went to seek help from a woman who was said to have healing abilities named Iseult. She did indeed heal Tristan as he was incognito at the time that he sought her services.

When Tristan returned to Cornwall, he praised the woman who helped to save him so much that his Uncle, King Mark, decided that he wanted to marry her. Therefore, Tristan went to find her for King Mark. However, it is claimed that Tristan and Iseult had already begun to care about one another at this time, but due to their loyalties to the court and their families they fought against their feelings. 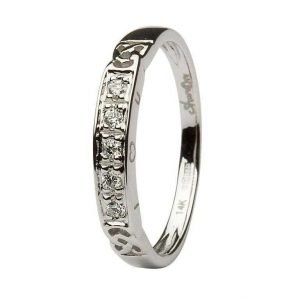 Iseult was originally angered because the man Morgolt who was killed was her uncle and she realized that Tristan was responsible because of the sword left behind. However, she eventually relented and agreed to the wishes of the King and went with Tristan to marry his uncle. After this point, the legend states that the two drank a potion that had been made for Iseult and King Mark. It was a love potion that was meant to have them fall in love with each other forever. However, the drink was shared between Iseult and Tristan instead.

At this point, all accounts would say this couple was doomed. Iseult had promised herself to the King and had now succumb to feelings for Tristan and he in turn would be forever in her debt as well. They could no longer hide from their true intentions. At this time in history, things like this were not taken lightly by observers. If you were found to be engaging in any form of adultery you were most likely killed or banished.

The King became aware of his nephew’s actions and began to try to catch Tristan and Iseult in the act of being unfaithful. Although, nothing every pointed to them being caught there was significant enough proof that the two were in love and therefore Tristan fled from Cornwall at the risk of being killed by his uncle. The King also threatened to kill Iseult as well if things continued.

Luckily, this did not happen because Tristan left. He sought out another wife ironically of the same name. She was known as Isolde of White Hands although, Tristan did not love her as he did Iseult. Eventually, he was wounded in a battle and as he lay dying asked his wife to send for Iseult to cure him because he knew his wife couldn’t. Tristan requested that if Iseult were to receive his message and return that she use white sails and if it were not her to use black sails. To his dismay, his wife was a jealous woman and as the boat approached it did indeed have white sails, but Isolde lied to him and told him that they were black sails. At this, Tristan died most likely due to a broken heart added to other injuries. After arriving, Iseult approached only to find Tristan dead and she as well was overwrought with grief that eventually she too soon passed away.

This is one of the great love stories based out of Irish legend that many other cultures have reproduced stories similar to it. It does not end happily after with the two together, but it does have powerful messages of love and what it can do to others who are not included in the love pair. It also has the ability to show you what other things motivate bystanders in a situation when surrounded by love such as loyalty to family or jealousy. So even though two people may very well love each other just like in this tale, many times other factors do come into play and sometimes that can make or break their story. Unfortunately, for Tristan and Iseult they lived in a time where too many people would have rather seen them apart then together.

Perhaps for a modern day love story that has a more pleasant fate than Tristan and Iseult’s a ring like the Five Stone Diamond set Celtic I Love You styled ring would be perfect for those who plan to drink their forever potions together. The ring is white gold and has the words “I Love You”engraved on the side so there is never any doubts whose heart yours belongs to. It also comes in 14K gold.