Plenty of European countries have their twisted tales of evil stepmothers, but Ireland’s version is really for the birds.  Well, for the swans anyway.

With apologies to wrongly maligned stepmothers everywhere, Ireland’s version at least features a wicked stepmother who couldn’t bring herself to actually kill her stepchildren and instead comes up with another plot to dispatch them.  But we’re getting ahead of ourselves. 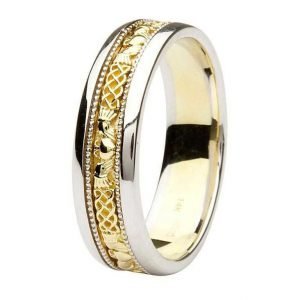 Long, long ago, when the Gaels first arrived and attacked Ireland’s first people the Tuatha de Danann it was decided that it would be easier to fight off the Gaels if the Tuatha de Danann were united under one king.  The choice was between two men: Bodhbh of Dearg and Lir of the Fews.  Bodhbh was chosen as king, and Lir was disappointed and bitter.  Unlike political leaders today, Bodhbh wanted to reconcile with Lir instead of digging around for any dirt on him to make public.  So, also unlike today, Bodhbh sent his daughter Aodh to marry Lir.  Lir and Aodh fell madly in love, but they did not live happily ever after.  They had two children, a boy they named Aodh and a girl named Fionnula.  They then had twin boys, Fiachra and Conn, and disaster struck.  It was not the disaster normally associated with having four small children wrecking your castle.  Tragically, the mother died. 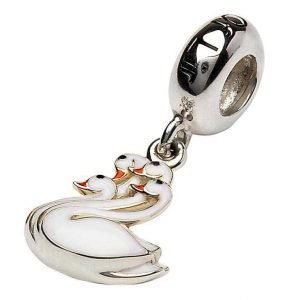 Lir was devastated, and Bodhbh wanted to cheer him up.  He sent him another of his daughters, Aoife.  Aoife, to her credit, stepped in with a good attitude and did her best to care for the children and create a positive atmosphere.  But there is a limit to how much anyone can listen to their spouse singing the praises of a previous spouse.  If there is one thing more annoying than a man who can’t stop talking about his mother, it’s a man who can’t stop talking about his last wife.  Poor Aoife was driven demented.  She held it together for quite a while, but she did have magic powers.  And it is easy to imagine the pressure she was under.  Eventually she cracked and turned the four children into swans and compelled them to live for 300 years on Lake Derravara in County Westmeath, 300 years on the Straits of Moyle and finally 300 years on Inish Glora.

In her upset, Aoife forgot to take away their voices, so the four swans told their father, who was understandably not pleased.  He banished Aoife, who probably regretted not simply turning him into a frog.  Bodhbh had no doubt had enough, and didn’t send any more of his daughters to marry Lir.

In the Irish midlands, the heart of the country, the story feels present and real.  This is the lake lands.  Lake Derravara, the deepest lake in Ireland, is just outside the town of Mullingar, and swans are a common sight on all of the lakes and the Royal Canal.  And when four appear together, it is tempting to imagine they are Aodh, Fionnula, Fiachra and Conn.