Home > Blog > Jewelry Education > A Christmas Show For Everyone

What could be better than a show with the best toys for Christmas? Even though the show is Irish-based, it can be enjoyed from anywhere around the world.

Every year in Ireland around this time, 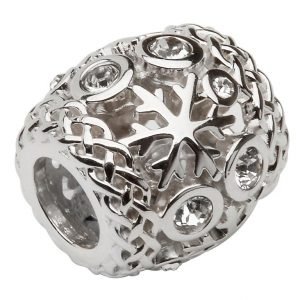 RTE One showcases a one of a kind toy show that gains the attention of many. “The Late Late Show” has been aired in Ireland since the 1960’s and is recorded as the second longest-running talk show in the republic. They eventually spun off a special version of their program which centered around toys for the upcoming, holiday season.

See the clip below from the show in 2012 as introduced by the host, Ryan Tubridy.

Customarily, the show features young children with a variety of talents like singing, dancing or acting in addition to featuring toys. It has become an institution in Ireland and has repeatedly beat out record numbers of viewers. In fact, just last year, the 2014 Late Late Toy Show became the most-watched program in Ireland so far this century.

It is difficult to debate the appeal of the show with such grand-scale numbers. The airing is deliberately chosen a good month before Christmas in order to highlight the most interesting and perhaps popular toys for kids. Typically, there is a demonstration of how the toys work along with public exposure. Therefore, due to it’s demand and significance, it is very costly to purchase advertisement during this slot. Add to, it is also very challenging to procure tickets to the show. However, the positive news is that you can watch the show from anywhere in the world.

Second line descendants from Ireland can curl up on the couch during the airing and enjoy a bonafide piece of their heritage through the airwaves. As with any show with so much activity, there are bound to be mishaps or unusual moments. This is perhaps why many enjoy tuning in, not so much for the lineup, but for the unrehearsed and natural characteristics of it’s performers.

These situations are usually comical, cute or endearing to watch. See here in this article a list of the twelve most memorable moments from last year’s show. Among the selections are innocent misjudgments on where to look for the camera or underestimating one’s ability to control a motorized car. Just in case, here is a list of last year’s showcased toys.

Another distinct element of the show is how each year the host Ryan Tubridy dons jumpers that are sent in from viewers who live all around Ireland. In the past, he has worn up to four jumpers in one show.

With all of these little perks, this makes watching the Late Late Toy Show worth your time. It gives insight on the latest and most interesting toys whilst seeing them demonstrated. Then, the little quirks that unfold during the process make for an amusing and delightful tradition to use as a kick start to your holiday season.