A local Irishman discussed making the huge transition from Ireland to big city U.S.A. What is the biggest move you’ve ever made?

Richard Gilligan is a talented photographer who started out taking pictures of what he loved: skateboarding. That is how it usually begins for aspiring types, at least, that was my experience as well.

While growing up, there are bound to be things that naturally get your juices flowing. If you have a propensity towards the creative works, then a passion almost seamlessly bleeds into artistry. For example, as a child, I loved horses. It was therefore, rather easy for me to paint pictures of an element that I already liked so much.

Eventually, Richard put his money where his mouth was and compiled several books on his photos. Just like that, his life changed. Meanwhile, he probably didn’t realize the magnitude of the thing in which he was effortlessly developing.

He and his family moved across the 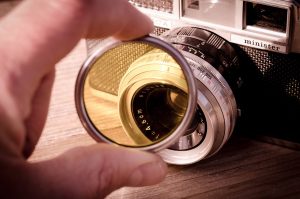 Atlantic Ocean and now reside in Brooklyn. Although, I’ve never met Mr. Gilligan, I found myself completely synchronous to him in many parts of an interview that he gave to Irish Central.

Like him, I was always drawn to New York City. I didn’t know why, but there was a particular energy that flowed, or more like pulsated, out of that city’s epicenter. When I was a kid, my family and I drove from Louisiana to Maine. We toured many places along the way, one of which were the Thousand Islands.

I now live in Maine, but when I was ten, the only thing I knew about it and wanted to do was eat a lobster when we got there. And I did eat a lobster that summer, when I was ten. I couldn’t finish it, but I vividly remember the experience. I recall that my father had a tough time finding a hotel that night. We rented a place that was rural and slept with the windows open that night. That was absolutely foreign to me.

On our way back south, we headed directly down the East Coast. I recollect brimming with anticipation as we neared NYC. “Oh My God!” I thought.  “Is it everything I always imagined?” I could hardly sleep and I persistently asked my father to tell me when we were there. Finally, he informed me that we were close and I remember gazing out of the car window to see the tallest apartment buildings I’d ever witnessed and lots of airplanes in the sky. 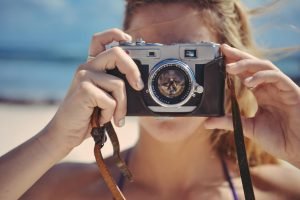 “This is what it must mean to go to New York,” I concluded. And just like that, it was over.

It would be twenty years until I actually got to experience NYC again, for real, and when I did, I finally felt the spirit of what I had always expected. It was bustling at 2 a.m. when I arrived, ironically, after having lunch with my father on the complete opposite side of the state twelve hours before.

“I’ll be there in six hours,” I told him.  I assured him of this as I left our lunch at the Red Coach Inn. “I checked Google,” I said. In actuality, I was climbing a mountain near Scranton, Pennsylvania six hours later. I had peered to my right to see the bright lights of the city directly below. I then gripped the steering wheel the rest of the way refusing to look at anything other than the road.

Then NYC literally just appeared over a horizon of midnight black. People were walking around everywhere. There were bright lights and loud noises. When I arrived at my hotel, the front desk person was beyond cordial and even gave me a menu for a place that delivered. When I let my car be valeted to an unknown lot somewhere, I fully expected a criminal experience. But, two days later, my car reappeared fully intact. In fact, Scranton was scarier.

What can I say? My journey was a bit different, then Mr. Gilligan’s, but it rounds out the same theories.  I get where this photographer is coming from and understand it. Some places just call to us and eventually, just like that, we make our ways there. Although, some of us have easier times than others.