The Irish Terrier has been around for what some may say two thousand years, however paintings began to show Irish Terriers starting in the 1700’s.  The origin of this breed is Country Cork, Ireland. By the late 1800’s, the Irish Terriers were the fourth popular dog breed in all of Ireland and Britain. 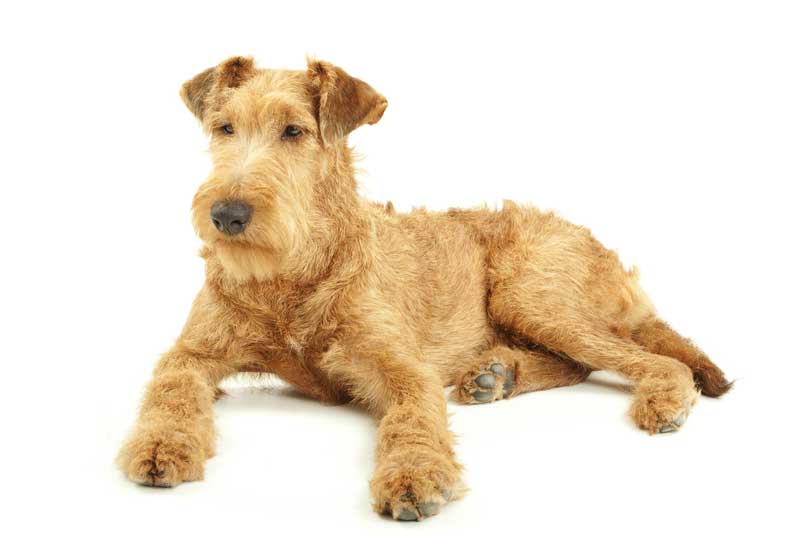 After this, Ireland began a club to breed the terriers in the late 1800’s in Dublin.  By the 1900’s, the first Irish Terriers were making their way over to America.  Originally, the Irish Terrier was used to hunt den animals like otter and water rats. It was also used as a retriever and wartime messenger.  Because of the Irish Terriers natural ability to be protective it has a very good use as a watchdog or guard dog for families. The Irish Terrier is also a wonderful family pet because they love children and they are very active.

The temperament of the terrier is one of intelligence where the dog would need consistent mental and physical challenges to keep it entertained.  A few suggested games that would enhance the life of this dog would be building your own obstacle course for your Irish Terrier if you have one or are considering getting one. You could very well easily put one up in your backyard or even construct one indoors.  Things like, A-frames, dog walks and teeter totters are all great items to add to your challenge course for your terrier and then add the U-turns or other more complex degree turns for your pet to make the course more interesting.

If you are considering getting an Irish Terrier you need to have a dominant personality because this dog can sense a submissive one. It needs training from the beginning stages when it is a puppy and from someone who is strong willed.  The Irish Terrier also needs daily activity preferably in the form of walks.  It is best to avoid any other animals that are of the non-canine variety if getting an Irish terrier due to their hunting tendencies.

Finally, this dog does need personal care as far as it’s coat is concerned. It has a built in protection in it’s hair however, the Irish Terrier does need to have grooming done consistently usually twice per year to keep it’s coat in good condition.  As long as these needs aren’t neglected, the benefits one gets in return from this dog are innumerable.  From all accounts, many owners of this pet say it is the most loyal companion they have ever had. Also, the Irish Terrier is social, intelligent and protective of it’s owner.