Throughout Ireland and around the world, people march in parades on St. Patrick’s Day in honor of Ireland’s patron saint, but that is not the only walking done in his memory.  St. Patrick’s largest namesake in Ireland is Croagh Patrick, which is known as Ireland’s holy mountain.  More than 100,000 religious pilgrims come to this mountain near Westport town in County Mayo from around the world every year to walk up the 762 meter tall mountain to a chapel at the peak.  But the largest annual pilgrimage is not on March 17th.  It’s in July. 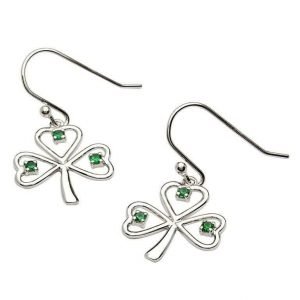 The last Sunday in July is known as Reek Sunday, and in 2014, about 30,000 people undertook the pilgrimage up the steep, 7 kilometer long trail.  Some of them made the walk over the rocky trail barefoot as penance.  A few were injured on the challenging trail.  Every year, organizers plead with people to bring shoes in case the going gets too tough and to prepare properly for the day.  It takes about two hours for most people to ascend the mountain, and slightly less to descend.  Between the ascent and the descent, mass is held at the chapel at the peak.  A visitors’ center opened at the foot of Croagh Patrick in 2000 with a café and craft shop, but pilgrims have been climbing this trail without seeking such comforts for thousands of years.

In fact, religious pilgrims of a different sort were visiting this mountain long before Patrick did.  It appears to have hosted celebrations of the harvest season in Ireland’s pre-Christian past, and perhaps that is why Patrick chose it for his own spiritual pilgrimage.  In 441 AD, Patrick made the trek to the top of the mountain and remained there fasting for 40 days, which is why it now bears his name and the walk now honors him.  A large stone now called St. Patrick’s Chair is also known as the Boheh Stone and features Neolithic carvings with circular designs similar to those at Newgrange.  The spot also offers a great view of Croagh Patrick. 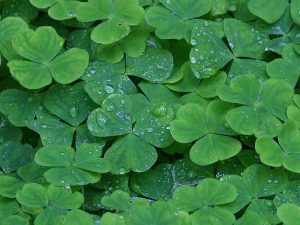 Not all visitors to Ireland are fond of large, boisterous parades.  For those who prefer a more natural outdoorsy visit, Croagh Patrick is another option for celebrating Ireland’s most famous patron saint.  Reek Sunday is not the only time to make the hike up the mountainside.  Group pilgrimages are also made on Garland Friday, which is the last Friday in July, and on the Feast of the Assumption of Our Lady into Heaven, which is August 15th.

It is possible to do guided tours of Croagh Patrick at other times or to simply go for a walk up the trail.  But it is a difficult trail, and the weather can change very quickly.  Experts recommend going between April and September when the weather is best.  Go prepared with sturdy footwear, raingear, drinking water and a walking stick to navigate the steep trail covered in loose stones.  And don’t forget a camera for the gorgeous views from the summit.