The primary religion in the Republic of Ireland is Christianity with more than eighty percent of the populous belonging to this sect. The history of Christianity in Ireland dates back centuries to nearly four-hundred A.D. What is known was that prior to this time there was very little religious conviction in Ireland in large groupings perhaps due to lack of information.

Therefore something happened. Due to the urging of the Pope, a bishop by the name of Palladius was sent to Ireland in order to spread messages of Christ to the Scots. From this moment on, Christianity became a stronghold in the Republic.

It is extraordinary the way in which religion has it’s influence across barriers, cultures and countries. It is not known for certain if the message was received well by all who met with Palladius in Ireland. He is known on record for becoming the first official Bishop of Ireland which shows a strong indication that Christianity was accepted and the movement was allowed. In his time, Palladius was married and had a daughter which was definitely an exception for a bishop. Despite the fact that he did become the first bishop of Ireland and may even have been credited for bringing Christianity to life in Ireland, Palladius was eventually banished from Ireland by the King of Leinster. 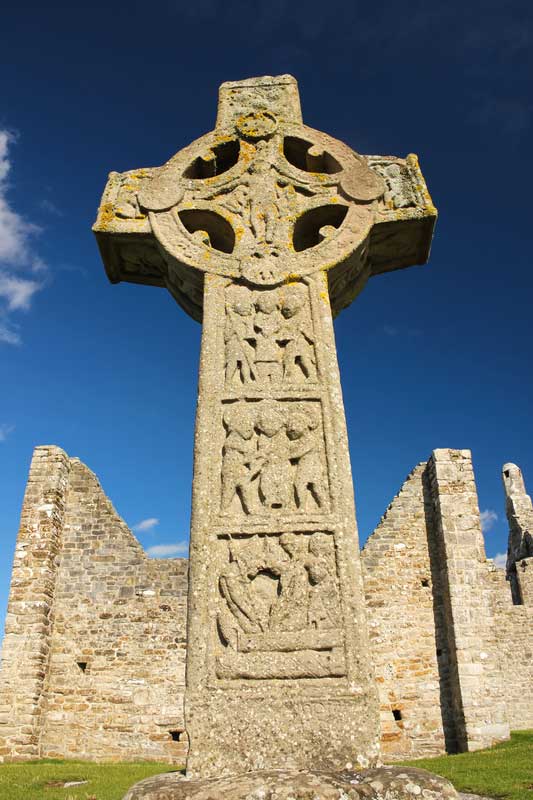 This quite possibly was the result of some of the residents dislike for his teachings or prophesies. After all, he did come from from another land and brought news that was different. He was also influencing people in a very revolutionary way that perhaps was threatening. Perhaps, the King knew he did things in a very different way then Palladius preached and feared the people would overthrow him eventually if they came to question his beliefs.

Eventually Palladius found asylum in another country and passed away where he was not seen as someone to be feared. He was also succeeded by Saint Patrick whose story is no less of a hardship. It seems that anyone who tried to bring religion to the Republic did so at a price during this time, but their names did go down in history for it. 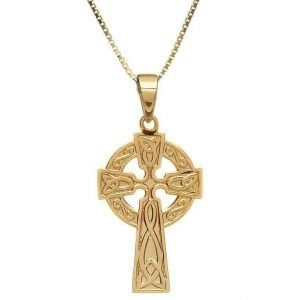 What do stand today are amazing high crosses from what started out as a struggle to bring something in that some may have strongly opposed or wanted to keep silent. Fortunately, these pieces do not just adorn the countrysides of Clonmacnoise, Monasterboice or Durrow.

We have several beautiful choices that can be worn around as pendants. The featured piece is a beautiful 10 karat gold Celtic cross. If for any other reason then as a tribute to all those who sacrificed so much before now to bring so much to one country. Also, it is quite nice to know that so many remnants still remain from a religion that was mysteriously ushered in by messenger. The monuments that stand today are no less than remarkable.