Most of us grow up thinking at times that our parents are basically weirdos.  The way they view things and do things is occasionally incomprehensible to us. If you have a parent or grandparent from Ireland, you may be amused to learn which of their puzzling views are cultural not personal quirks.  Or you may be terrified.  Probably a bit of both.  Do any of these sound familiar? 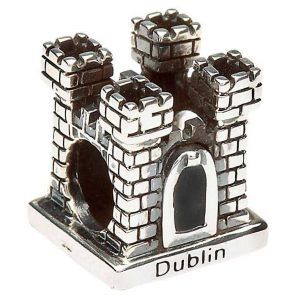 A certain disinterest in rules and regulations and a downright aversion to paperwork. If your childhood involved being pulled across the street by a parent muttering that you had two eyes in your head that could see more than the blinking signal light, odds are high that the parent involved is Irish and spent some formative years in Dublin.

The denizens of Dublin tend to approach crossing a busy city street like the old Atari game Frogger.  I thought this was a strange adrenaline rush enjoyed only by my father until I moved to Dublin and saw a friend stride into a busy city center street and bang her hand down on the hood of a car shouting ‘would ya try not to kill me?’ as she strolled in front of it.  Dealing with officialdom here could not be less like in the USA.  “Leave it with me luv” is the Irish for “I need a bit of time to find a loophole to get you through, but don’t expect me to explain it.” 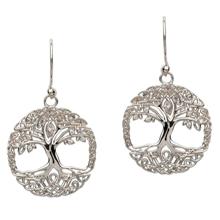 Have you heard the expression ‘give it a lash’?

Whether or not your Irish relative used that exact phrase, you probably learned that the best way to do something you know nothing about is just to dive it and try.  This could be applied to anything from rewiring the house to playing a musical instrument in public.  Sure, if it doesn’t kill you outright, it’ll be good craic.

My father fended off the interference of his American born wife and children by throwing instruction manuals at us and suggesting we ‘have a read of that’ while he forged ahead with getting the job done.   This is not without the risk of legal or medical problems.  My family and the poor ejit who parked across the street from our house can assure you that it is indeed a good idea to have a read of the rental motor home’s instruction manual before you start driving it and especially before you have a lash at sorting out the chemicals for the motor home’s toilet.  Enough said.

If you are an American with an Irish parent, you probably grew up with an acute awareness that most people around you value promptness. Was your own painful awareness matched by the utter oblivion of your Irish relative?  While I was adjusting to living on Irish time, I learned that an apology for arriving late to meet a fellow American would be greeted with “I nearly gave up on you and left,” the same apology given to an Irish person would usually be met with “No worries.  Please God we’ll all be late to our graves.”

I did hesitate to use my real name on this piece, but then I remembered that other quirk that extends beyond my dad – almost any misdeed is forgivable if it involves a good laugh.