Home > Blog > Irish Culture > Even Rudolph Has Relatives in Ireland

Red nosed reindeer are not native to Ireland, and while they do visit annually, Ireland is not home to reindeer per se.  But three other types of deer do call Ireland home: the Fallow Deer, the Red Deer and the Sitka Deer.

And no doubt they all share the nation’s delight at seeing Rudolph and his friends passing through every Christmas, even though it really is a flying visit.  Visitors to Ireland, however, can – with a bit of luck and good timing – manage to see some of the native, non-flying deer in Ireland.  Here’s what you need to know. 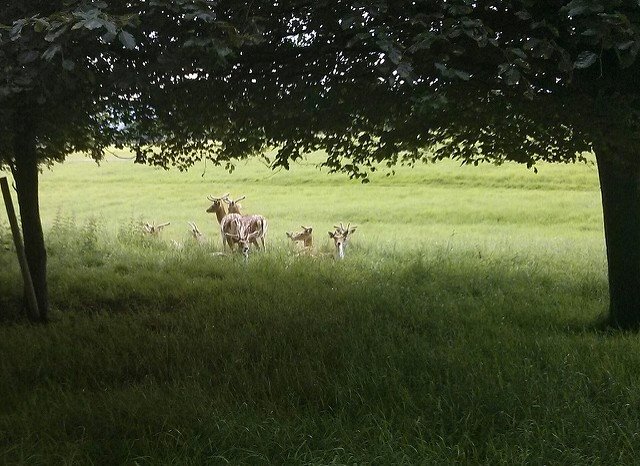 Fallow Deer – The Fallow Deer is not indigenous to Ireland, but like the Vikings, has settled in and assimilated rather well.  The Normans introduced the Fallow Deer in 1244, bringing the first ones from England to County Wicklow.  Dublin’s Phoenix Park was established slowly as a shrinking parcel of land spanning from the present park as far south as Kilmainham, and in the 1660s Fallow Deer were introduced.  It would be nearly a hundred years before the public were allowed in the park.  These medium size deer have been quite happy in the park, and the herd numbers more than 400 deer now.

Red Deer – The Red Deer is a truly native Irish animal, and the country’s largest land mammal at that with males weighing up to 110 kg.  To be very clear, the name Red Deer refers to the deer’s coat, not its nose.  And the coat is not red all year; it deer’s winter coat is brown.  There is no risk of confusing them for their famous flying cousin in December.  One of the best places to look for these gorgeous creatures is in Killarney, County Kerry, home to a herd of approximately 700 deer. 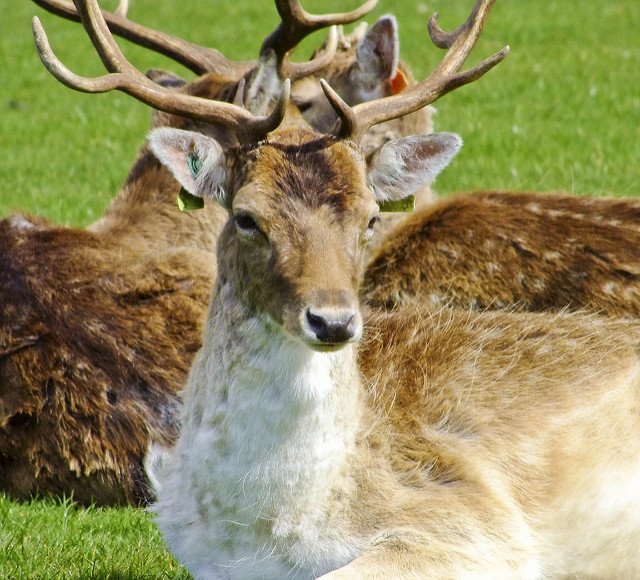 Sitka Deer – Like the Fallow, the Sitka Deer is not technically native but was introduced to County Wicklow.  The Sitka, however, came all the way from Japan.  The Sitka Deer in Ireland are all descended from one male and three female deer Lord Powerscourt introduced to his Wicklow estate in 1860.  Their earliest descendants were sent to enclosed parks around Ireland, but many escaped and Sitka are now spread around the island.  Wicklow and Kerry are two of the best areas to watch for them. This is Ireland’s smallest deer, with adult bucks ranging up to 80 kg in weight, and arguably the cleverest as they are prone to hide instead of flee when danger is afoot.

The best time to see deer anywhere is at dawn and dusk, when they are out feeding.  They are, with nine notable exceptions, very shy and would rather avoid people.  Ireland has so much amazing human heritage from thatched cottages to ruined castles that it is easy to forget about our equally beautiful wildlife.  But our three species of deer are largely concentrated in areas popular with visitors – Dublin, Wicklow and Kerry – meaning that most visitors hoping to spot deer in Ireland don’t have to worry about travelling too far from other attractions.