What it takes to drive a car these days is increasing and stiffing. Will our governments only continue to dominate?

It’s all about the Benjamin’s or cash that is; Ireland is considering a new rule for drivers who are caught breaking minor laws like not buckling their seat-belts or for parking violations. And with increasing technology these days, minor infractions can now be documented without ever being pulled over.

If let unpaid, offenders get a visit from a court appointee at home and this person is then expected to attend a courtroom. Since this is an unpleasant experience that most would rather avoid and the powers that be know this, a new proposal is being considered. It will give citizens the option to pay double the fee and therefore avoid any undesired, legal events.

However, sometimes the very issue is money. Take for example, where I live. It is required by law to carry auto insurance, updated license plate stickers and inspection stickers every year. Insurance alone adds up to almost one thousand dollars a year. The annual stickers are costly, but the biggest dinger is the inspection sticker.

I have gone to several, different people to have my car inspected and both of them came up with a variety of lengthy concerns that needed to be fixed before I could be approved. It’s like they can smell when people don’t have the cash and they pounce.

One by one I had them fixed. The last repair I had on my car cost me about one hundred dollars and when I asked the mechanic exactly what it was he had fixed and how I would notice, he commented that it was, “that sound that you heard.”

I had heard no sound and my car doesn’t seem to be any different than it was before although my pocket book is lighter. Citizens are consistently put between a rock and a hard place when trying to comply with all of the necessary rules and requirements just to be able to drive their cars. 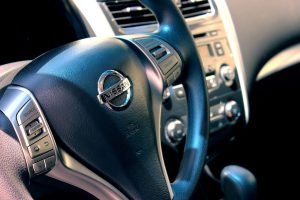 One  mechanic continued to tell me that I would need to be prepared in the event that something went wrong with my car because he would not be able to get parts until a Monday when my car was fixed on a weekend. Seeing that this was the last repair that I needed to get a sticker and that he kept repeating this story to me eventually persuaded me to take my chances. I knew this man had every intention of messing something up just so he could charge me more.

This leads to my guess that the people who don’t pay their tickets initially don’t do that because they already don’t have a lot of money. And I think that this latest offer might not help a whole lot. I get where this predicament comes in as a lot of citizens, me included, are trying really hard just to get by and most of our limited income is already going to exorbitant gas prices, car notes, insurance and other requirements. Getting tickets on top of that is more of a handicap. Because of this, people like myself wouldn’t even dare of breaking even a minor law like seat-belt use. And doubling those fines won’t make the situation any better for those of us who are already doing our best.