Your spouse is a gem, and you treasure each other.  Your wedding anniversary is a genuine celebration… even if the exact date sometimes escapes you.  The big anniversaries call for big, beautiful presents, and happily we have a long tradition of gifts for each anniversary. 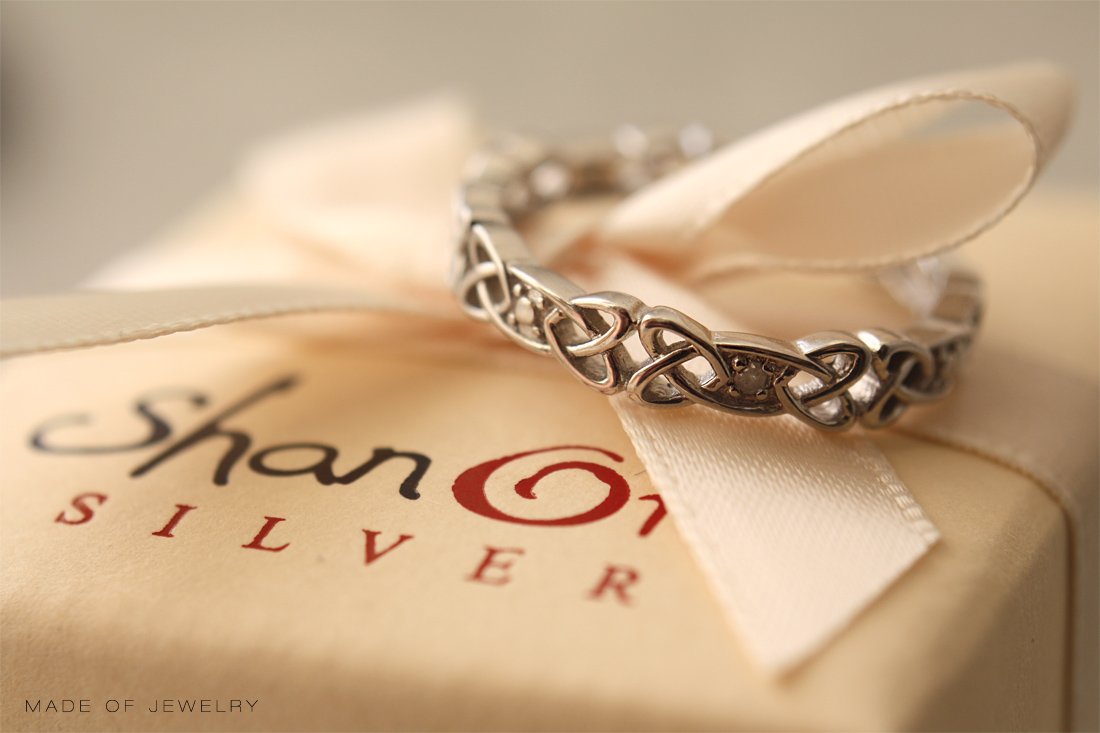 You don’t have to follow tradition in any aspect of your marriage, but anniversary gifts are one tradition that all couples can enjoy – regardless of how traditional they are in other areas.   The tradition of specific materials for specific wedding anniversaries has its roots in the Roman Empire, when husbands presented their wives with a silver wreath on their 25th anniversary and a gold wreath on their 50th.  Over time, the other years came to be marked with specific materials for gifts as well.  The first anniversary is celebrated with gifts of paper, the second with cotton gifts and the third with leather. 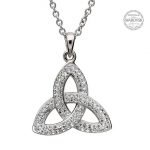 The gifts slowly climb in value, presumably along with the couple’s circumstances and security.  Tin is the gift for the 10th anniversary, and silk is for the 12th.  The traditional gift for the 15th wedding anniversary is crystal, which can include anything from ornaments to wine glasses to exquisite jewelry.

After the 15th anniversary, the gift tradition only covers the big ones.  The 20th anniversary is the next with a gift tradition – china.  Perhaps that’s how long the average set of wedding dishes once lasted!  After that, it’s all about precious metals and glamourous gems! 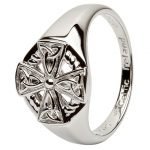 The 25th is the silver anniversary, as it was originally in ancient Rome.  Silver wreaths have fallen from favor, but silver jewelry is a hit for men and women.   Silver is gorgeous, and it works for everyday and formal occasions. 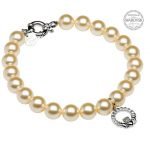 The traditional gift for the 30th wedding anniversary is pearl, which has long been a symbol of a pure heart.  It is very fitting as a wedding anniversary gift because it can remind us of the importance of coming out of our shells and opening up to each other.

The 35th is celebrated with coral, another treasure from the ocean.  Sadly, coral harvesting is taking a toll on this natural resource so there are good reasons not to buy coral.  But you can celebrate your love for your spouse and for nature with a gift that is the color of coral instead. 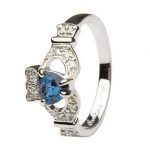 At 40 years, a couple celebrates their ruby anniversary.  They say life begins at 40, so it’s the perfect year to add some dramatic color with a gift of ruby jewelry.  Sapphire is the traditional gift for the 45th wedding anniversary.  This is a decade of your life together to really celebrate with stunning color!

The 50th wedding anniversary is the golden anniversary.  So many choices for glorious gold jewelry!  Choosing something that honors your Irish roots is one way to make sure your anniversary gift is extra special and meaningful.  Gold Celtic jewelry is a beautiful gift for both men and women. 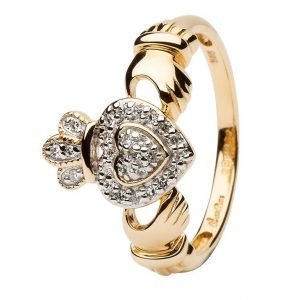 Those lucky enough to make it to the 60-year mark celebrate their diamond anniversary.  By now, you know that diamonds are not a girl’s best friend; you’re each other’s best friend.  And diamonds are the only material as strong and enduring as your love.