There are certainly many differences between the French Quarter and Ireland, but historically speaking these two places are both very notably significant and similar.  I grew up in Louisiana and I know what it is like to live and peruse a very famous and historical landmark frequently. When I first glimpsed pictures of Grafton Street in Dublin, I immediately thought that this is what Irish people must consider as their version of what Louisianans considered the French Quarter or Bourbon Street. 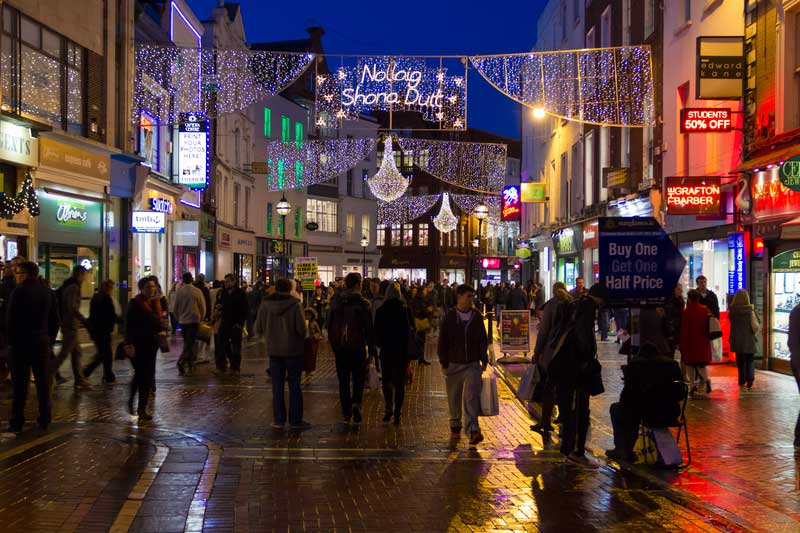 In other words, everyone who comes to visit Ireland must want to see this street. They want to walk down it or shop there or they just want to go there.  I know I am and have always been asked those questions as I am sure most people in Ireland are asked the same questions about Grafton Street in which after a while, you start to wonder, “what is it about this street that so many people want to see exactly?”

I think I can answer that from my point of view. First, it is history. In many places of the world there aren’t that many significant of culturally relevant places or streets. Even so, when your city or country has one, people tend to want to go there. If it has a good reputation and it has a romantic and pleasing charm than all the better. Oftentimes these areas have survived wars, droughts, plagues, epidemics, raging infernos and other catastrophes that have wiped out other areas which again make them so appealing to see. People wonder that there must be something special about an area that still remains intact through so much turmoil and also through great times of prosperity as well.

Some commonalities between the two are that both areas are surrounded by streets named after Saints. Also, both streets have such high foot traffic that they tend to close off vehicular traffic and both streets have street performers and entertainment.

All in all I’d say that if you’ve never been to either place it’s definitely worth your time to take a visit. It says a lot that if either place both where I grew up and most specifically Grafton Street in Dublin have been around so long and surpassed so many other landmarks in their longevity that there must be something very special about them not to pass up the chance to take a stroll down their historic pavements.

Oh and don’t forget your pocketbook. In 2008, Grafton Street was ranked five in the list of the most expensive main shopping streets in the world.