This week in Ireland a woman, Anna Perenc, was fired from her job at a Dunnes Stores location.

Basically what happened is that, during a sting operation, a 16 year old girl bought a bottle of wine from Perenc, who did not ID the girl (you must be at least 18 to purchase and/or publicly consume alcohol in Ireland).

Eventually, she was fired. But, because English isn’t her first language, the Employment Appeals Tribunal found that she didn’t really understand the meetings she was a part of before she lost her job, so they awarded her €16,000 for being dismissed unfairly. 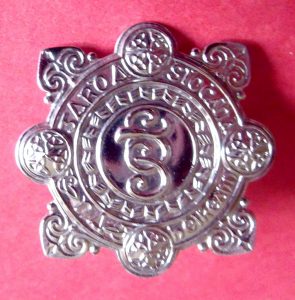 Today thejournal.ie issued a poll, asking readers if they think the Gardaí should be carrying out these types of sting operations, noting that in the past they have done similar ones to catch bike thieves and car thieves. To my surprise, the poll results are currently: 5% Not sure, 16% No, it is invasive policing, and 77% Yes, they are only catching people breaking the law. I find myself in the “No, it is invasive policing” category, but I would add that it is not merely invasive, but also a waste of police time and resources. The Perenc case is a good example of why stings like this are ultimately costly. Ruining someone’s life because she mistakenly sold a decoy teenager a bottle of wine is ridiculous. The Tribunal then having to pay that person for ruining her life is expensive. The Gardaí seems to be spending too much time causing minor problems to solve, baiting citizens and setting them up to commit a crime, when they should focus solving crimes that already exist. 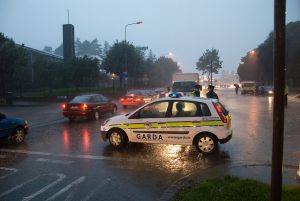 So, if stings like this aren’t super useful to the community or the government, why does the public seem to overwhelmingly support them? Is it simply one of those things that people like to thinks works but really doesn’t? Like taking vitamin C to cure a cold or wearing a fedora to attract women. We’re so used to seeing sting operations on television and in movies depicted like macho cops coming up with super involved high-stakes schemes in which they heroically triumph over the stupid, tricked criminals after emerging from a shower of gunfire. When really, like in this case, it’s waiting around for some woman to sell booze to a teenager, for some kid to steal a planted bike. Plus, most normal people don’t live life suspecting that they could be involved in a sting at any time, so the operations don’t really serve as a deterrent. I’m not saying all of the people caught aren’t criminals, that they wouldn’t commit crimes in a real situation. I’m saying the Gardaí should intervene to stop those real crimes, not to create them.