Want to give a gift of gold for the holidays?  Make it even more special with a claddagh ring.

Holidays give us the chance to think about those we love and are closest to. Many times upon deep reflection, we realize that no ordinary gift will do what we want. Sometimes what we need is something extra special. 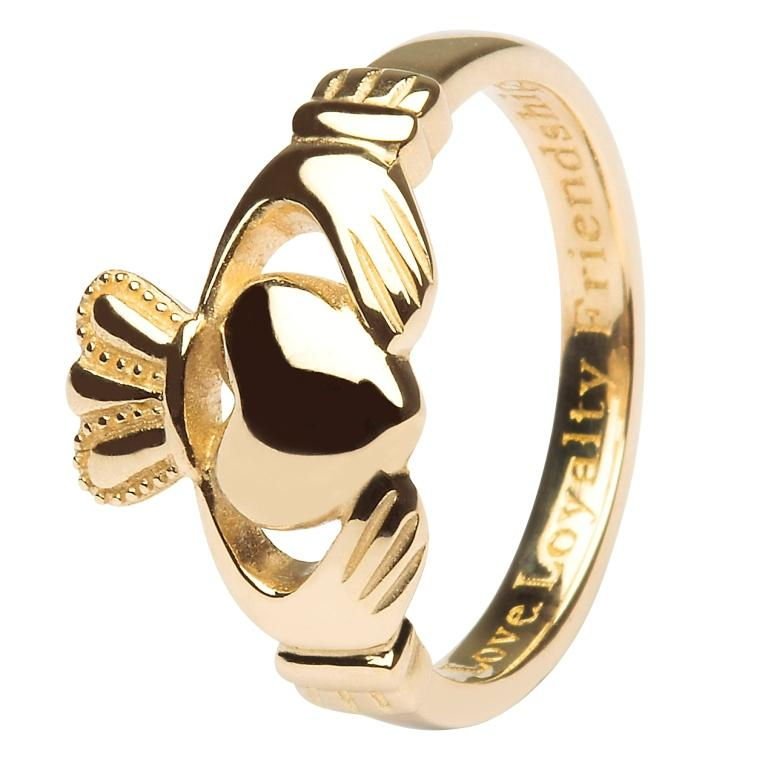 Start with the color gold. When you give the gift of gold, you are saying something with it. Gold is an extremely important shade. What it represents will say much about how you feel about the person who you are giving the present to. When you give a piece of gold jewelry, you are presenting someone with a truly precious metal. It represents prosperity, achievement and value.

Next, take the symbol which is the 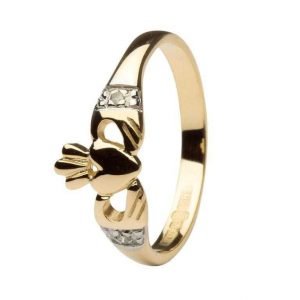 claddagh. It is well known to signify three things by the three different tokens seen on it. They are love, loyalty and friendship. Even better is that the claddagh ring is something that has an amazing story of invention behind it.

In the village of Claddagh about five-hundred years ago is where the story began. Long ago in Ireland, it was required that villagers go out to sea nearly everyday in order to feed their families and loved ones. However, going out to sea each day was not without risk. Perhaps the biggest risk of all was encountering a pirate 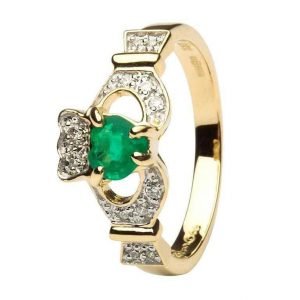 That is exactly what happened. A family of men were captured after a pirate boat spotted them in the water. They were then brought to Africa and sold as slaves. A man by the name of Richard was the youngest captive who was most effected by the incident. Although all of the men had been displaced from the event, Richard was particularly conflicted because he had only recently met the woman who he loved.  As he watched other men around him die and give up, he kept his sprits alive while working as a slave in a goldsmith’s shop. Daily, he began to take a tiny piece of gold without his owner’s knowledge and eventually he had fashioned a ring out of it. This ring was one he had made for the woman back home in Claddagh. Even though the possibly of seeing her ever again was remote, he held onto hope.

By some miracle, Richard was eventually freed and allowed to return to his fishing village. Upon arriving, he was fortunate to find the woman he adored and that she had remained loyal to him in his absence. It was at this time when he gave her his creation which was the claddagh ring. The story is truly inspiring because one man who seemed to be condemned to a life of enslavement broke free. It is especially poignant how he embraced an ability inside himself to make something truly beautiful with no way of ever knowing if it would ever be needed.