Few people make their marks in history as being “the greats.” It would not seem like a bad thing to strive for wanting your relationship or love to be one of the greatest in history. Wouldn’t we all want that?

However, a few people or shall I say “couples” have gone down in Irish history or even rather infamy. The subject or topic that brought them to such fame wasn’t a great invention or a miracle, but it was rather the story of their love that either shocked, moved or caused a commotion enough to be noticed in Ireland.

Would you say that you would rather your relationship melt into obscurity then? Maybe some would chose safe and conventional love tales. This is true. However, what we have to realize is that from every scandal or love tale that is noticeable or that the public gawks at, we also hope it will promote a change. 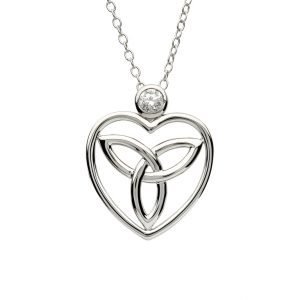 One such tragic tale revolved around a couple: Charles Stewart Parnell and Kitty O’Shea. After reading their story, I was quite saddened to see how an entire society turned against one Charles Stewart Parnell whose only crime was adultery. He fell in love. He was after all, human. He did not commit a crime or do anything heinous, but the treatment in which he endured for carrying on an affair with Mrs. O’Shea was brutal.

I feel remissed to read this story. I see that he seemed like a decent man and was not worthy of being treated like a leper. However, many people shunned him like what he had done was beyond forgiveness.  Perhaps all of society was fully aware of just how imperfect they were. Is it not a bad day when we fault people for being human?

This is not to excuse adultery. One can certainly refrain from those acts, but one cannot always control who one falls in love with as is evident by this tale. The results of their meeting ended up with a fire storm from nearly everyone and a reasonable and righteous person would have advised to get a divorce before proceeding with a relationship. I know that is what I would have done.

Because this didn’t happen, Parnell’s career and reputation were nearly destroyed. O’Shea’s was not so much. Her soon to be ex-husband filed a grievance against Parnell in the divorce and it seems everyone blamed this man for what was apparently a two-teamed operation. It is sad that O’Shea let him take that fall. I would have respected her more had she stood up and said, she fell for him just as much as he did for her and it was not “all his doing.”

Even so, names were flung at Kitty that resembled a seedy profession. What was the point you may ask? Simple. Cruelty is sometimes meant to show others what we don’t want to happen to us. Even in the end, Parnell pleaded for understanding from his peers.

He made a mistake. We all do. However, responses to the affair spawned mob-like mentality to curse his very name over a love that very well could have flourished. Kitty was not happily married. However, she should have done what was right from the start. We know that now. What good did it do to blaspheme these two people though? No one can really answer that.

So what have we learned? I think what the entire matter is: Always try to do the right thing and you can never go wrong. Kitty and Charles did not do that. However, I would not have chastised either for that decision as hard as it might have been to have gone against the society grain.

In closing and to prove the point, imagine if people embraced all love no matter from where it had come. Imagine if someone had handed Kitty a necklace of support during that time like this Silver Love Heart Trinity Pendant and wished her well. I believe this story could have turned out much differently if people had been more accepting.