These days, June is as popular for weddings in Ireland as it is anywhere else.  Couples want a reasonable chance of not being drenched in rain or shivering with cold on their wedding day, and for many it is convenient to get married when school isn’t in session.

But it was not always this way in Ireland.  A century and more ago, very different social forces were in play when it came to weddings. 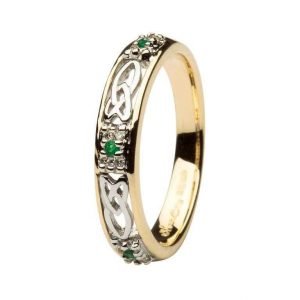 Today, couples meet through friends or activities, at the pub or club or through online dating.  It can take a lot of effort, but few would choose the previous option – matchmaking organized by your parents.  Marriages then were more about land and security than love, although most parents did want their grown children to be happy as well as secure and looked after.  Sometimes parents turned to a professional matchmaker or someone in the community who had a flare for pairing like-minded couples, and sometimes they spotted some prospects long before their child was anywhere near old enough to wed.  In rural areas, people knew each other.  They also knew each other’s land and property.

Matches were not made instantly.  Generally, both sets of parents wanted to see the couple get to know each other and make sure they got along, so there would be a period of chaperoned visits and walks.  Sure, what’s more romantic than strolling along with an escort walking behind you? 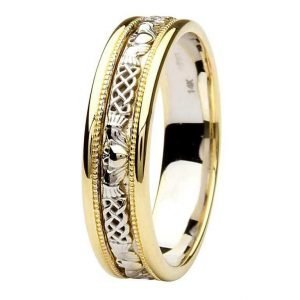 Once a marriage was agreed, it was not likely to be scheduled for June.  That’s a busy time of year for farmers.  The period between Epiphany in January and Pancake Tuesday (aka Mardi Gras, aka Shrove Tuesday) was known as Shrovetide, and that was considered the best time for a wedding.  Not only was it relatively quiet on the farms, but weddings were not permitted during Lent.  Even in really hard times, the idea of guests at your wedding fasting is not appealing.  And after Easter, farmers are busy again.  So Shrovetide weddings made a lot of sense on both a religious and practical level.

All of this planning and plotting did not result in the bride making a grand entrance in a dazzling white wedding gown, mind you.  Most brides in those days would simply wear their best dress to get married, preferably a blue one as that was the color associated with purity and weddings back then.  If the bride’s family could afford it, she might purchase a new blue dress for her wedding – or more likely, purchase the fabric and make the dress.  And you can be sure she didn’t lose any sleep over how to store the dress after the wedding.  It would go in her wardrobe with her other clothes and see plenty more wear.