There is an island out in Ireland just north of Great Island and it may have been overshadowed by other islands around it because of it’s size. After all, when you see a group of islands like Hawaii for instance, it is common to go for the largest one. We assume it has the most to offer. In the case of Fota Island, do not let it’s smaller size fool you. It has so much to offer and is well worth the time and investment.

One such advantageous location on Fota Island is the Fota House. It is our historic home for the week. The grounds for the house were first granted to the de Barry family in the twelfth century. The de Barry’s were a wealthy family with so much land at the time. Owning Fota Island was seen as another piece of property to add to their extensive list that they only added a hunting lodge to the site. If it were not for the vision of John Smith-Barry in the 1800’s to make Fota House his primary home, then this historic house would never have existed along with all of the amazing treasures that followed.

Obviously, John Smith-Barry saw the possibility and value of Fota Island and the hunting lodge would not do it justice. He enlisted the help of a premier architect and his son, Sir Richard and Vetrivius Morrison, and with that they went on to complete the Fota House. This meant that now Fota was a seventy room mansion fit in a neo-classical style. The biggest indicator of this was the apparent removal of many interior walls and the stretch of hallway that ran down the mansion’s perimeter. Elements carved from blue limestone, marble and other designs that depicted neo-classicism adorned the mansion earning Fota House with a reputation of an exemplary standard in style. 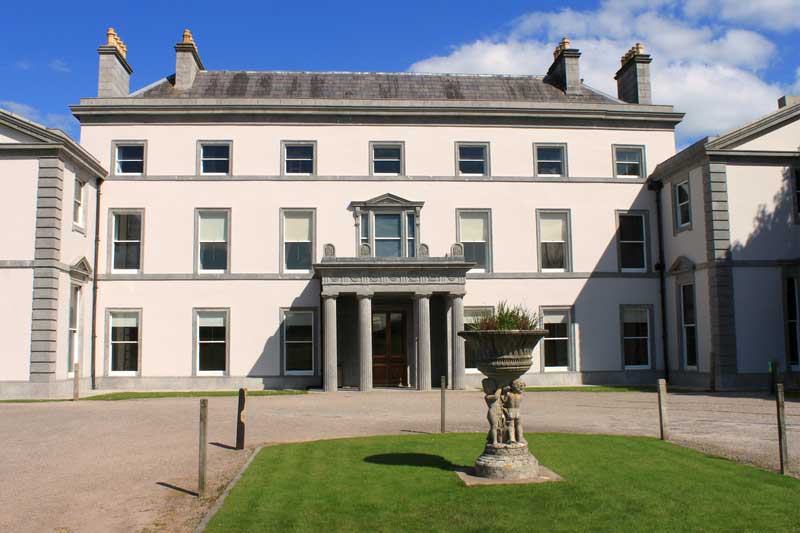 What is even more impressive about the estate are the other amenities offered which include the surrounding arboretum and wildlife park. The climate at the location on Fota House is known for being ideal to nurture plant life. The Smith-Barry family utilized this trait and had exotic plants brought in from all around the globe and then planted them around the mansion. They have a rose garden, terraces, rare greenery and shrubs that all exist today because of the foresight of the area’s predecessors.

Eventually the state took over the island and the house in 1975 when it was sold to the University of College Cork. This led to one of the most fascinating developments on this island and one that makes it most original.

The wildlife park is one that most will only dream to see. It was not until 1979 that the Dublin Zoo was in need of expansion in the form of a wildlife zoo and began inquisitions of where they could develop more land. The then director of the Fota Estate heard about the inquiry and offered part of their land on Fota. The offer was to grant seventy acres of Fota Island to the wildlife zoo for the state to use pro bono. Money and donations helped to build this wildlife area and it was finally opened to the public in 1983.

Many of the inhabitants of this sanctuary are members of endangered species lists so Fota’s wildlife park helps to protect and elongate the lifespan of the animals in most need of shelter like the cheetah. The park is also going to include an Asian wildlife sanctuary set to open in the next four years which will also include animals that are at risk from that part of the world.

Currently, there are tours available at the Fota House. This link will give you all the information you need to plan a visit. Among the offerings, Fota House offers tours for groups as well as weddings and a quaint cafe. This link will take you to the Fota wildlife park for additional info.

Click here for a preview of the soon to come Asian sanctuary at Foto wildlife park.