Shimmering shoals of silvery fish are not the only thing shining in the depths of the sea off the coast of Galway.  While you will find oysters in the sea, this sunken treasure is not pearls, as much as we love them. The North Atlantic has seen a lot of traffic, from curraghs out fishing closer to shore to massive cargo freighters, and its depths have seen disasters too. 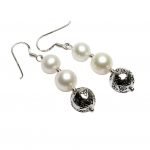 This week in 1941, a convoy of merchant ships going from India to Britain was passing a few hundred miles off the coast of Ireland, with one dangerously low on fuel.  Stormy weather struck, and that ship broke from the pack in a desperate and doomed bid to reach Galway.  They had enough fuel to get that far, and the 126-meter SS Gairsoppa was battling the waves well enough.  They should have reached the shore safely, but on the 17th of February, 1941, she sunk with the loss of 80 crew members and the entire cargo of pig iron, tea and nearly 250 tons of silver, felled by a torpedo from a Nazi U-boat.  Three crew members made it onto a lifeboat and reached Cornwall weeks later, but only one made it to shore alive.

The wreck of the SS Gairsoppa is about 300 miles off the west coast of Ireland at a depth of more than three miles, which is deeper than the Titanic.  The private merchant ship was covered by War Risk insurance, and when the owners were compensated it became the property of the British government.  The shipwreck lay beneath the North Atlantic all but forgotten by the world until recovery operations began in 2012.  This buried treasure of silver bars is believed to be one of the largest, if not the largest, recovery of precious metal from such a depth.  The .999 high-purity silver bars had to wait for technology to be developed to make its recovery possible.  At such a depth, specialized robots are required for the job. 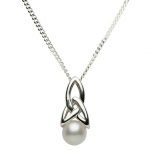 Robots retrieving a haul of once-insured silver bars may not have the glamour of daring divers swimming through a forgotten shipwreck and discovering a chest of stunning jewels and gold, but it is still quite a lot of shine and sparkle.  Well, once it is cleaned up it will be!  We do love silver.  And many of us find the mystery of shipwrecks of treasure buried in the depths of the primal, powerful seas intriguing.  Just look at the appeal of pirates – not real ones, mind you, but the cartoonish imagery.

Children and a growing number of adults love to dress up and play pirate, but some of us would rather dress up in bejeweled treasure.  Mind you, buying it online is much easier and less messy than dredging it up from the floor of the ocean, with or without robots to do the real dirty work.  And silver bars, while exciting, are a bit much as a pendant.  Better to limit one’s shipwreck excitement to the movies, and surf Shanore’s site for stunning treasures you can actually wear, including some pearl pendants to really embrace the ocean theme.