Dublin’s Glasnevin Cemetery has long been on the itinerary of tourists who are real history buffs, but in recent years the famous graveyard has gone out of its way to be more accessible and appealing to visitors.

It is home to the remains of more than a million Dubliners, including many who shaped Ireland’s political and artistic legacy during their lives.  They say turnabout is fair play, and Halloween is a fine time to haunt this fascinating cemetery, which now includes a museum and guided tours. 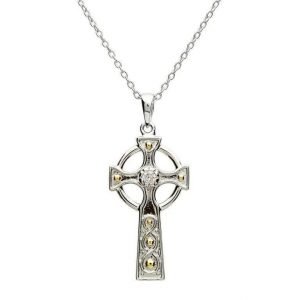 Glasnevin, at first glance, is a forest of Celtic cross grave stones of all descriptions with a round tower standing tall enough to be seen from some distance.  That tower is the final resting place of Daniel O’Connell, revered as the Liberator for his leadership of the Catholic Emancipation movement of the early 1800s.  The Republican Plot is adjacent to the O’Connell Tower, and includes the graves of many Irish revolutionaries from the famous leaders recorded in history books to the brave souls who followed their orders to fight for freedom.

A tour of the cemetery is a short course in Irish history taking in W.B. Yeats, Maude Gonne MacBride, Roger Casement, James Larkin, Eamon deValera, Elizabeth O’Farrell, Countess Markievicz, and so many others.  It is here that Patrick Pearse gave his famous oration at the grave of O’Donovan Rossa and proclaimed that “Ireland unfree shall never be at peace.” Pearse himself is buried at Arbour Hill Cemetery with the other executed leaders of the 1916 Uprising.  The most visited grave in all of Glasnevin is that of Michael Collins. 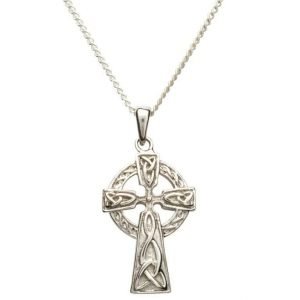 So vast is Glasnevin Cemetery that the Glasnevin Trust offers three public tours a day as well as school group visits and group tours.  For Halloween, they’ve added an extra Ghastly Glasnevin tour to highlight the spookier side of the cemetery.  Groups of ten or more can chose from ten different tour options focusing on different aspects of Irish history and culture including a Joycean tour, Women of Glasnevin and even a nature tour.

A visit can also be very personal and poignant.  Many with Irish blood have roots that rest in this ground, and those with names and approximate dates of death can locate their ancestors’ graves with the staff’s help.  Records going back to 1828 for Glasnevin as well as other Dardistown, Newlands Cross, Palmerstown and Goldenbridge Cemeteries are available online.  Glasnevin has become so popular with visitors that it now includes a café and a museum with exhibits divided into three main areas: City of the Dead, Prospect Park and Milestone Gallery.

Beyond the history and genealogy, Glasnevin Cemetery is simply a beautiful if somber place.  Anyone who admires the artistry of Celtic cross pendants will appreciate the beauty of the varied Celtic cross gravestones ranging from simple and plain to intriguing and ornate works of art.  And at this time of year, visitors might even catch a glimpse of one of the long term residents up and about.