Last week we discussed a very historic home to visit in Ireland and how it went from ill-repair to thriving. There are many historical landmarks and homes in Ireland to chose from that it is very difficult to pick the right ones when your time is limited. For this location, if you enjoy mystery, a bit of the paranormal, and even celebrity, then this might be worth a stop on your tour.

Charleville Castle, located in Tullamore, was built in the 17th century deep in an area known as the oak woods of Ireland. The area where the castle was built used to be home to many religious and other educated citizens of Ireland who had now mostly left for bigger areas and cities. When colonization began, the castle was disposed to the Moore family. At first, what was included in the settlement was no more than a ruined castle along with several other pieces of property on a large piece of land. However, what we see as today’s Charleville grew from those meager bits and pieces. 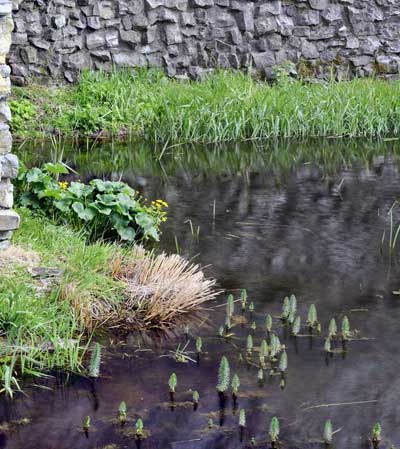 The actual building of the fortress that we now see started in the late 1700s from mere sketches and drawings. The man responsible for bringing forth such an impressive piece of work was Charles William Bury. He along with a very famous architect by the name of Francis Johnston created a Neo-Gothic castle in the heart of Ireland’s woods. Many say the influence of the Neo-Gothic style of the building was a tribute to the country’s victory over France and their repeated revolutionary attacks. The structure does offer an imposing and almost threatening view that would ward off any future wars. Perhaps, this may also have been a sign of strength at having remained undefeated and thus undeterred.

Charleville took fourteen years to come to completion. It was a tribute to the skilled laborers who built it as well as those who were impoverished. Lord Bryon was a presence in the castle during his heyday due to the castle’s unique appeal. However, after 1912 all residents cleared out of the magnificent structure due to continued strife in the world.

Today the castle has reached newfound fame with its notoriety as being one of the most haunted places in the Republic, if not the world, as some may claim. Several television shows have come out to Charleville to investigate and film activity of a paranormal nature as well as inviting experts to the area to give their opinions. The legacy of ghost encounters and sightings is quite interesting for those who like this avenue of study. The most famous account is the spirit of the daughter of one of Earls of Charleville who was playing on one of the banisters of the grand staircase when she slipped and fell to the cold marble floor to her death. Many have reported sightings throughout the castle of a little girl in different ways, whether as a presence or as a change in temperature or by hearing the sound of a child.

This castle is truly one of a kind and if you are adventurous and would like to learn more about the Charleville Castle follow this link here. Then tune in next week for another historic home worth seeing in Ireland.