There’s been alot of talk going around after the slaying of nearly fifty people in Florida this weekend. Most people are horrified, upset and shocked at what has occurred. What are your thoughts?

I am experiencing many emotions in regards to the shooting in Orlando. But, surprised sadly, isn’t really one of the things I’m feeling. I am aware that homophobia, among other fears, is a central cause for plenty of hatred out there. We hear men jokingly call each other names that connote sexual weakness every day. Boys are picked on for being too feminine quite frequently.

I’m wondering if I’m the only one whose first thought that went through the mind was, how many of those people weren’t gay?

I think that because it was a gay nightclub, that is was just automatically assumed that everyone in there would be gay and therefore, this act of hatred would be fitting. But, what about the people who worked there? Were they all gay? Maybe they just needed a job and that was the only place where they could get hired.

What about the heterosexual friends who accompanied their gay friends to a club?

I will admit that these clubs have a common reputation for having pretty good dance music. In fact, this is true. I used to go to a club like this in college with people I worked with and do you want to know why?

We all liked to dance. As a matter of fact, I loved it and still do. I also had a mad crush on a guy I worked with. We would go to this spot together where we would proceed to have a heterosexual date in a gayish club.

It was kind of nice, because I hardly ever got hit on when I went there. People really didn’t bother me there either and I realized I got harassed more frequently at heterosexual bars which ultimately became an incentive to break away from that scene occasionally. 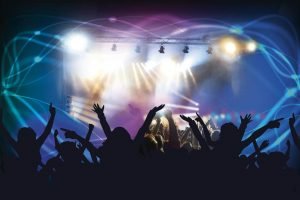 I ran into people I knew sometimes, surprised to find out what was going on. But, nonetheless, with each revelation, I accepted other people’s choices and went back to my life. I knew it didn’t matter why anyone was there or who they really were. It was free time and people are allowed to spend that time doing whatever makes them happy. Who am I to question that?

I do feel deep sadness and remorse for all of the lives lost. It was a tragedy. All I can seem to conclude was that this didn’t just mar the LGBT community out there; it marred everyone. If this had happened when I was younger, I may have decided that clubs like this were not so safe based on this incident and probably lots of other people will do the same. It really shouldn’t matter where anyone does go and why; they all deserve to be unharmed.