Into the 12 Days - ShanOre Irish Jewlery
Skip to content

You may be wondering,”what is left?” Well, in Ireland, there is plenty left.

After boxing day and the wren ritual, most places have tremendous sales going on to unload their Christmas items that did not sell pre-holiday. There are also lots of people who just love to shop and can’t resist the idea of items going on sale so soon after Christmas. Personally, I like to let my gifts set in a little before I run out for something more, but even I cannot resist a great sale if the items and prices are right!

This ring here is one that is not easy to pass by! This Celtic Trinity Knot Pearl Silver ring would make any woman happy. First off, it is centered with a lovely pearl and all girls love pearls! Owning something this sophisticated and classy brings an added value and charm to a jewelry box or set. The woman who owns this ring will feel accomplished and satisfied knowing that she has a beautiful ring with a classic pick of a pearl in it. No more worries about not having any nice jewelry with this ring! 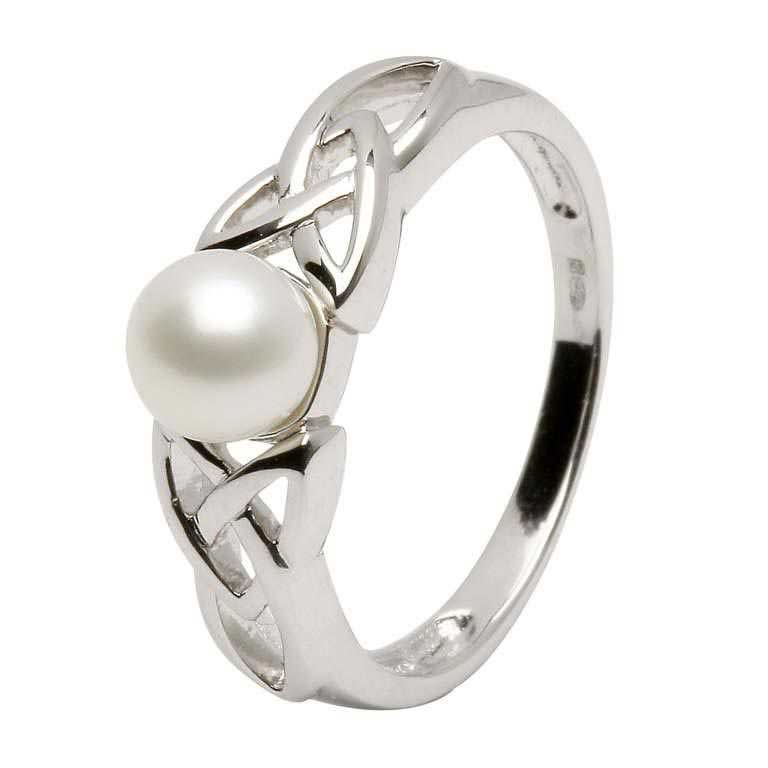 With the sales, there are certain stores in Dublin that will be the hardest hit. Clerys for instance is one that will be crowded at the sales after Christmas as well as Brown Thomas. However, they are also some of the better places to catch a great sale.

On December 28th is the Feast of Holy Innocents. This day has such an interesting past as it originated from the massacre of infants in an attempt to kill baby Jesus as ordered by King Herod. The feast is itself a celebration, however, depending on who you are and where you live, the tradition is celebrated differently. In Italy, it is common to mourn over the losses suffered. Many have considered the massacre a reflection of the first symbols of martyrdom in particular religious sects. Even in medieval times, children were whipped while in their beds as a symbol of the suffering that had been endured. This was also supposed to bring on their ability to mourn for others. Alas, this tradition was dispelled over three centuries ago.

However, this day still remains by the same name, and most if not all of the people in Ireland regard it as a time as to not try anything new or undertake anything unique. So, for those who might want a trip or to start a new job, it would be advised during this time based on superstition and custom.

There will be a continuation on the twelve days of Christmas in Ireland next week!