Irish Christmas decorations are similar to those in the USA, but not the same. While some enjoy the lights around the window, most houses seem to display larger light-up decorations.

Signs pleading ‘Santa, please stop here!’ and images of the jolly man himself are always popular. However, one image stands out for its enduring popularity and variety of designs – the image of a candle or a trio of candles.

From the low-key but elegant wooden holders with real candles to brightly colored window decorations, the candle in the window decorates homes throughout the island. But what does it mean? 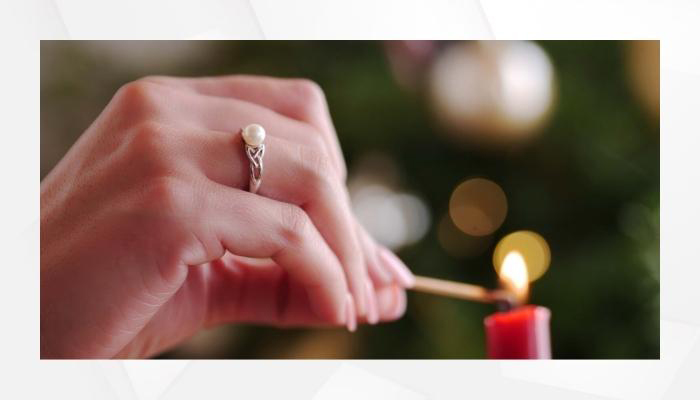 What does a candle in the window mean?

Some Catholic scholars trace the image of light back to Christianity’s roots in Judaism and Hanukah, the Jewish festival of lights in December. However, that only explains why we use lights to decorate, but what about candles specifically?

There are two main theories about why the Irish have traditionally put candles to decorate their window, and they are not mutually exclusive.

The most popular of the traditions is that the candle in the window represents welcome – the cead mile failte –  nearly Ireland’s trademark.

Further back in history, it was said to welcome the Holy Family, and back then, a house without a candle was perceived as unwelcoming as the innkeeper refused Mary and Joseph a room. Three candles represented Joseph, Mary, and the baby Jesus, and the door was left unlocked to let them in should they arrive after the family was asleep.

In the years since the Famine, as emigration left so many families missing a loved one at Christmas, the candle became more and more as a sign of welcome to a family member visiting home.

Today, the president’s residence, Aras an Uachtarain, puts a candle in the window to express welcome to returning emigrants. It is also more broadly a welcome to weary travelers who need a place to rest for the night. However, today, it is not be taken literally! 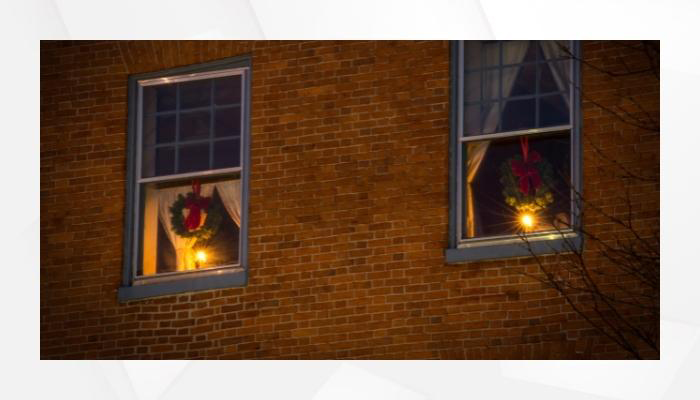 The other historical explanation for the lit candle in the window dates back to the Penal Laws when Catholicism was outlawed. During that time, priests fled into hiding to defy the British government’s order to cease performing masses and other sacraments.

The laws had little effect on people’s faith. However, they did force them to be more creative in how they practiced it. One of three lit candles stood as a sign that the family was Catholic and an invitation to any passing priest to come and say mass with the family. Despite the harsh laws, Irish Catholics yearned to have a priest come and say mass in their home, especially at Christmas.

We can’t be sure which of these reasons came first, although some claimed the welcome for the Holy Family was a cover story used when British officials questioned the practice during the penal times. What we do know is that Ireland has a variety of ways to greet visitors.