Bastille Day is just around the corner, and while the July 14th French national holiday might not seem to have much to do with Ireland, history could have been very different.  Marie Antoinette, the queen of France and wife of Louis XVI, had a chance to escape the guillotine and flee to Ireland.  Despite a great deal of preparation by one Irish family, in the end, she declined the cead mile failte awaiting her here so she could stay near her husband and family to the last moments.

It’s who you know

They say it’s who you know, and that was the case for Marie Antoinette, the younger sister of Emperor Joseph of Austria.  When their father Francis I died, their mother Maria Theresa ruled jointly with her eldest son Joseph. At that time, Maria Theresa was also busy while marrying off her daughters, some of whom tragically died of smallpox.

The matches were made for pragmatic political reasons, and the family needed to marry off someone to Louis XVI of France to mend some fences between the two countries.  As a few of her older sisters had succumbed to smallpox and others were already married, that left Marie Antoinette, who was only 14.  If you think brides go to extremes now to look good, take pity on poor Marie Antoinette, who apparently had to undergo a series of dental surgeries without even a whiff of laughing gas to straighten her teeth for a more regal smile. 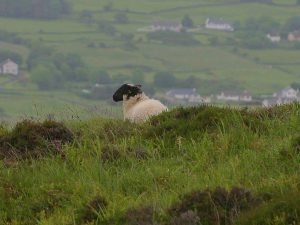 From glory to shame

Initially, the teen queen was a bit hit in France, but the public is fickle.  She fell out of favor along with the whole concept of monarchy.  After the storming of the Bastille prison on 14th July 1789, it was clear the French public was getting fairly sick of their royals.

Soon, Louis XVI and Marie Antoinette found themselves and their children in prison, without much hope of escaping the guillotine.  Meanwhile, Marie Antoinette’s older brother Joseph had kept in touch with one of his old army friends, James Rice of Dingle, who served a stint in the Austrian army after being educated in Belgium.  While Ireland has long been considered a stout-drinking nation, Rice was doing well enough importing wine.

The French royals made one unsuccessful attempt to escape, and then Rice stepped in.  He planned and he plotted, and he arranged a complex network of transportation including horses on land and his own boats to cross the sea.  He even had a room ready for the queen in Dingle and had bribed all the right people.  His crafty plan only had one flaw: it did not include the king.  And whatever the naysayers said about Marie Antoinette being frivolous or flirtatious, she stood by her man.  Many couples say ‘for better or worse’ but few are really prepared for a ‘worse’ that includes a gruesome public execution.

Historians may bicker about whether or not she actually said “let them eat cake,” but had she agreed to Rice’s plan, she might have been on record as saying “go on, let them have another cuppa, they will, they will.” 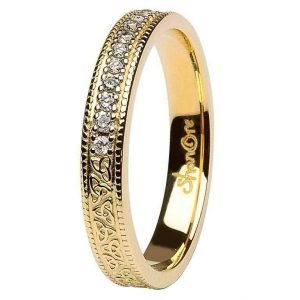