Across Ireland this week, things might appear normal at first glance, but they are not.  Look closer.

Workplaces are operating on skeleton staffs.  People have left the country in droves in recent days. In the evenings, children are not playing outside as they normally would in June.  Instead, families huddle together indoors and talk of one thing only.  Tri-colour flags hang from homes urban and rural.  Candles are being lit in churches.  Right now, the fate of this nation is uncertain and we face serious challenges.

The UEFA 2016 championship is on in France, and every man, woman and child in Ireland has become a diehard football fan with little interest in any other activity or issue.  The honor of our nation is at stake here, and whatever happens on the football pitch, one thing is certain.  No other nation enjoys this nearly as much as we do. 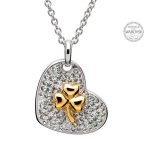 Ireland might not always have the best football team in Europe, but Irish sports fans can’t be beat. While certain other Western European island countries very near us that we don’t like to name (cough, cough England cough) might be suffering some near fatal levels of mortification over the behavior of their football, Irish fans are the current heroes of France.  Everyone loves us.

5 Reasons Irish Fans Are the Best