May begins a great period of the year for most of the world and Ireland is no exception. It is a time to kick start festivals and outdoor celebrations that will begin to run throughout the spring, summer and even into the fall before it becomes too cold. Now that the toughest patch of weather has lifted anything goes in Ireland.

We begin with Fleadh Nua which is a festival of Irish culture and held in this first month of serious activity. It takes place in Ennis, County Clare. This year the festival is taking place from the 18th through the 26th of May and it is a milestone because it is the fortieth anniversary of the festival. What typically occurs at Fleadh Nua is that over the period of eight days onlookers can observe concerts, céilithe, music, song and dancing workshops, and street entertainment. Everything that is seen is in your typical Irish fashion and customs. It is a celebration of Irish culture which is what makes this festival so wonderful.

Fleadh Nua originally started out as only a three day celebration, but because of its draw and popularity, it had expanded to eight days. It is true that there are other festivals that celebrate Irish culture, but none other as lovely as Fleadh Nua. If you truly want to see the real thing, this is the festival to go to. 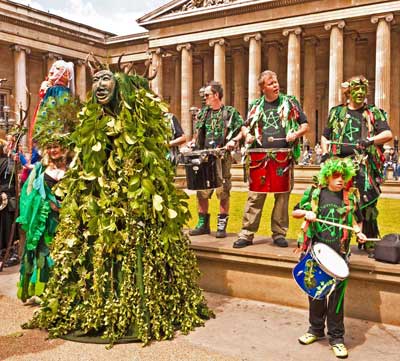 Beltane is another festival in May however sometimes this festival is held on April 30th and on other days. It’s historic purpose was one meant for townspeople to gather in support to protect their crops and cattle. This led to bonfires and rituals. Nowadays, Beltane still goes on and consists of more entertainment in many cases.

Primarily, the bonfires have been seen as the central aspect of these gatherings. It is something that resembles a church gathering in that it is also very ritualistic and sacred in nature. The whole intent in the fire or what one might call a symbol or deity, if this were a church, is to sacrifice something for their crops or cattle in order to hope for prosperity or growth for their upcoming season. After the bonfire is extinguished, it would therefore be tradition for those in attendance to throw ashes on the area that they wanted to benefit from the ritualistic practice.

Townspeople have also celebrated this tradition with flower wreaths and May bushes around doorways and windows in a variety of different flowers from primrose to hawthorn to hazel. It is no surprise that people would even go so far as to take these flowers and fasten them to farming equipment and their cattle for luck.

This festivity seemed to have much more popularity centuries ago and has lost much of it’s luster in recent times unfortunately. It does not mean people do not still celebrate it. These days if you are wanting to participate in Beltane you will find the most people celebrating in Limerick.