Ireland has made numerous contributions to the world cinema over the last several decades. Some of those films stand out as notable and great indeed.

The film known as “The Commitments” is perhaps the best-known film from Ireland. It was released in 1991 and was a comedy based on the book by Roddy Doyle. The plot of the film is centered around a group of musicians all from Dublin who set out to create a soul band in Ireland.

What makes the movie so memorable and funny is the clash of culture in Ireland and the obvious differences between what is inherently the soul music they are trying to replicate from the United States. However, despite it, all the band does pull together and perform many great performances throughout the film, but eventually, some of the strife proves to be too much for many members of the band in the movie. 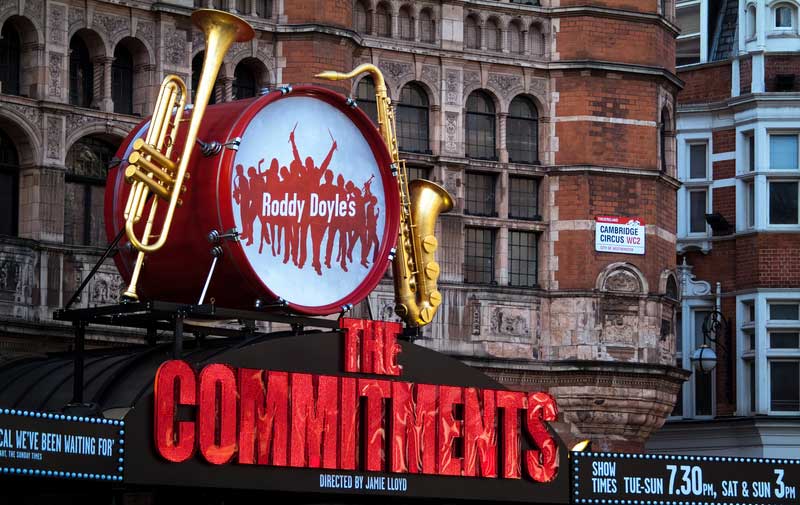 “My Left Foot” is another memorable Irish film again from this same era being released in the late 1980s. This plot centers around a man who is born with cerebral palsy.

The film is such a wonderful one because it is based on the true story of a man named Christy Brown. Christy’s life is a rough one as he begins not being able to communicate verbally or able to even walk. Despite his handicaps, he received the kindness and care he truly deserved from his family.

Christy’s mother suffers from a stroke and eventually, Christy learns to use his left foot to write when he is young and eventually even to paint. He continues throughout his life with a series of family misfortunes. He has at least one mishap in love but recovers to find a nurse handler to which he later marries.

This story is a very heartwarming one which shows the dedication of one man born into a very unfortunate circumstance who does not give up on himself and eventually finds the love and support he truly deserves.

Lastly, “Waking Ned” is a film from 1998 which features the central character of Ned Levine. Two men, Jackie and Michael find out that someone has just won the Irish lottery in their village and want to find that person so they can split the money. They enlist the support of Jackie’s wife in their quest. What ensues is a list of clever tricks and ploys that the group uses in order to find out just who bought lottery tickets and how they can find the winner. This eventually leads them to the home of Ned Levine who they find dead from shock with the lottery ticket still in his hand.

The trio devises a greater scheme that involves the impersonation of Ned but now requires the help of the entire village of Tulaigh Mhor. Everyone in the village accepts the scheme except for one person with the stipulation that they will receive a larger sum of the winnings as blackmail. The film ends with an ironic twist, but the moral is just about how far are people willing to go to get their hands on a large amount of money. This movie will show that.

All three films are great testaments to Ireland and the film industry and all have their little niche on what they wanted to touch on in their plot lines. Whether the plot was culture and music, the strength of heart, or doing what is best for everyone all three made strong impressions.

Whatever mood you are in, I’m sure one of these will strike your fancy.