Home > Blog > Irish Culture > A Plus for Irish Football

With the World Cup now officially over this year and the winner declared we can look back and appreciate such a spectacular sport and it’s presence and ability to draw competitors from all across the globe. No other venue has quite as much success as much as maybe the Olympics as the World Cup does in drawing competitors from every edge of the world and Ireland is no exception.

Ireland has had a football team since it debuted in the 1924 Olympics. When I speak of football I do that in non-American terms. Primarily in the U.S., we have both football and soccer teams. In European countries, the football team constitutes what the U.S. considers soccer. This is also the same for those in South America and other regions as well.

The Republic of Ireland’s team had played most of it’s home matches at Lansdown Road up until it being demolished in 2007. The stadium made way for a new venue called the Aviva Stadium in 2010 in Dublin. With this structure, the Aviva stadium was ranked as an elite status by some of the design elements incorporated in it’s development. The primary reason for allowing a ranking of this magnitude would be so that the stadium could host a playoff or tournaments in it’s future and thus increasing the likelihood that other teams and media would be willing to travel to Dublin. In other words, Aviva was an investment in Dublin’s future. 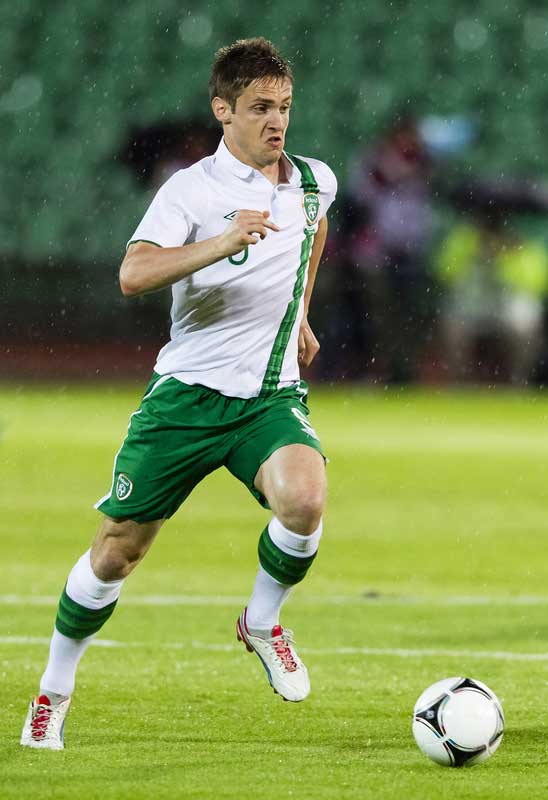 It is not a surprise that the traditional uniform of the team has been a green uniform paired with white. The deviation from the standard has not gone far throughout the years and the uniform has graduated very slowly to just small changes to keep up with the pace of athletic fashion. Only one or two switches incorporated a color change of adding more yellow to the team’s attire.

As for the performance of the team in history, the Republic has never won a World Cup, but their presence has been noted. Up until the year 1990 Ireland did not qualify for the World Cup tournament and when they finally did enter they got into the quarter finals that year. One would say that was a great first start. They ended up ranking 7th that year and so far that is the best record to date in their World Cup appearances. Between that year and the present they qualified twice more. In this recent World Cup they ranked 10th.

The team was allotted six games this year. They won two, tied one and lost the remaining three and for those who know sports that record was 2-1-3.(W-T-L) Unfortunately, that was not enough to proceed onward to the World Cup Finals. However there was one pretty important factor in this event after all. Out of all of the six matches that were played, four of them took place at Aviva Stadium. So even though the team did not advance, one goal was attained for the Republic this year. Part of what they had wanted from the start was for teams from across the globe to come play with them in their own backyard and the Republic got that this year and many say you get an advantage from playing on your home field. The Irish were lucky indeed.