There are two types of Christmas presents out there. There are the classic, old-fashioned ones that we place under the tree and that we spend much of our time wrapping into pretty, little or big packages. Then, there are the stocking stutffers. Now, what are those exactly?

Stockings have been a part of Christmas traditions for centuries. Typically, they represented each person in a household. Many times stockings have the name of the person they belong to somewhere on it and many times people get to choose which stocking they want as theirs.

When you enter a home during the holidays, it is fairly common to see these items hanging over a fireplace.  But , they can essentially be placed anywhere with a hook. 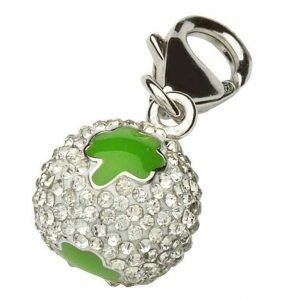 The legend of the stocking actually came from a story of a widowed many with several daughters. He was worried about their futures and due to their low-income level, he feared they would never have what they needed in order to find suitable husbands and thus livelihoods. St. Nick supposedly heard about this dilemma and being the good and generous saint that he was, he went into their home one night around Christmas time and deposited gold coins into each of the girls’ stockings. They all happened to be drying by the fire.

So the legend goes.

And it is claimed that the man’s daughters eventually did find suitable partners and thus their father was able to relax in peace. Today, stockings are really nothing about trying to find a suitable mate. However, stockings do reflect a certain kind of belonging or family.

During the holidays and even with 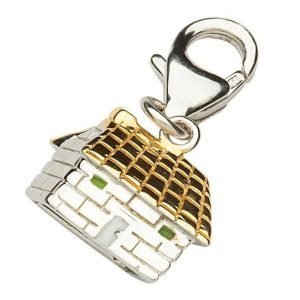 decorations and Christmas shopping, it is fairly standard to include those who are closest to oneself. Therefore, to have a stocking in the home of someone you love means that they honor you enough to want you to be a part of their holiday. And usually most people reserve that space for those they are closest to and love.

It may be tempting to give little pieces of candy or even coal pieces as a joke as gifts that will be found inside a stocking. But, I suggest that when you stuff your stocking, that you stock them with gifts that mean the most. Due to meaning of these sock-like decorations, it seems they should hold important presents, since hanging them up signifies something deep. The most ideal items that I can think to include in a stocking are trinkets and jewelry. It doesn’t make their presentation any less meaningful. In fact, I think it makes them even more symbolic.