Perhaps they were considered piles of bricks, but typically everyone considers castles much more than that. Castles are typically made of bricks or stones, but usually castles are representative of structures that loom overhead or on the horizon in an area that is hard to get to. Oftentimes, castles are surrounded by moats or bodies of water and were guarded due to the persons living inside the residence and many times the structure itself had a very flat shape atop which served the purpose for those living inside them to have guards on top of them.

In the Republic there are many castles still in existence. In fact, Ireland would be one place to visit if you wanted to see castles aplenty and with the summer time approaching now is the time to get out your book and to start making a list of which castles are at the top of your list.

Kilkenny Castle is one of the oldest castles to be found in Ireland. Evidently, this castle started by just a wooden tower overlooking the River Nore placed there by Richard de Clare. Several decades later, his son in law came back to this spot and began what we now see today as the castle. Only one of the four towers has not lasted throughout all of those centuries. Fortunately, for Kilkeeny Castle, the Butler family purchased the property in the fourteenth century and held onto it for nearly five hundred years. 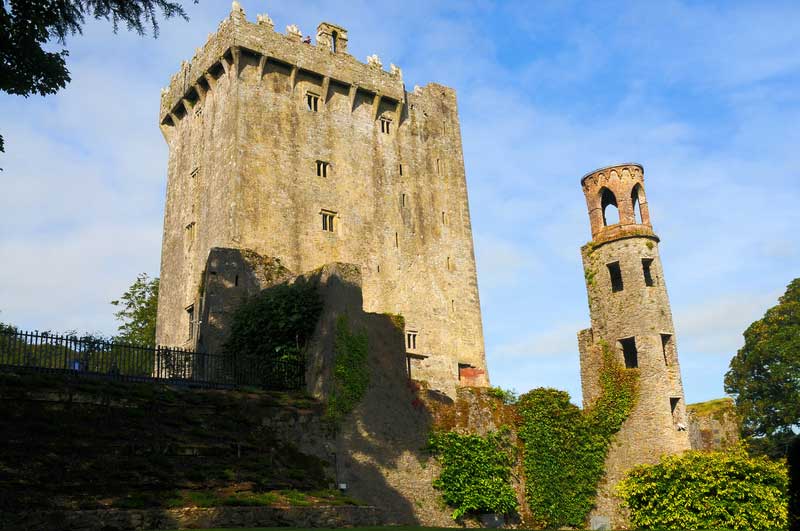 Kilkenny Castle was eventually sold to the state and much of the contents were sold at auction. The castle is available to the public. It also hosts a restaurant and grounds which include gardens and beautiful landscapes and there are often art collections to be seen at Kilkenny on occasion as well as business conferences.

Another famous castle in Ireland is Blarney Castle. This castle is near Cork and like Kilkenny, Blarney was believed to have started from a wooden structure in it’s early formation. Blarney started in the early 1200’s which was eventually replaced by a stone structure. However, a few centuries later a fire destroyed the castle causing a restructure. During these times there were wars and the castle changed hands several times and also went through periods of redesign. It was also burned again in the 1800’s. Today, Blarney Castle remains in partial ruins, but has not slipped out of ownership since being bought by the Colthurst family.

There are countless other castles in and around Ireland that are sure to make a great time for you and your loved ones. The above two castles are some of the better known choices to visit and ones you would surely not want to miss if ever in Ireland.