The setter breeds have all basically originated in Ireland. This includes the English, the Irish, and the Gordon which invariably came into specifics once their individual characteristics developed. These particular dogs did certain things well such as hunting for games which was much needed in their early discovery.

Whether it was just for the mere sake of fun or for the fact that they were also dearly needed as well for food, these dogs became prized and treasured companions. Their best sense is the ability to smell which in essence helps them to hunt down prey. The description of setters is such that when they zero in on their targets they instantly stop and this allows their humans to know that they have spotted what they have been searching for rather than getting alarmed like some other breeds.

For the sake of dogs, one can call this having wisdom with prey and intelligence on the hunt. This is a coolness and a calmness to know how to act in times of pressure when in the wild. This makes these dogs very valued indeed. They are also very beautiful dogs with wonderful coats and long elegant trunks and features. The setter is definitely not a clumsy dog. 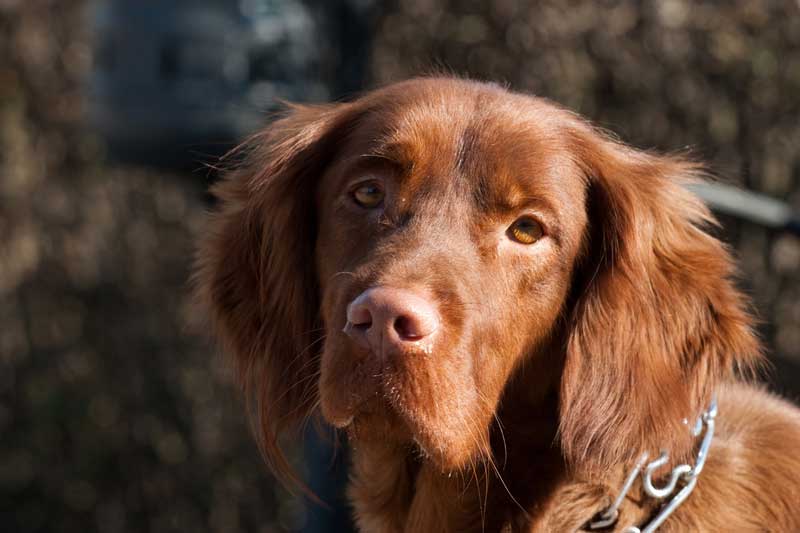 For a look more closer to home, there is the Irish setter which has a developed red to chestnut-colored coat. As mentioned, their coats are one of their beautiful features providing grace in a way that only canines can. The hair is silky and usually longer than most other coats and requires upkeep from owners, but is well worth the investment.

Their personality is that of a good friend as they will get along with most anyone you invite into your home or business. They are also said to mix well with other pets and children. However, they are not to be used as protective pets. If you are looking for a dog that will scare with bark, the Irish setter may not be for you. On the flip side, they are great companion dogs. They thrive on activity and attention. They are very smart dogs and like to be busy so if you have time and want to spend it with a dog either walking or playing, then this may be the dog for you.

This breed would not bode well if left alone with nothing to do as this would work to its demise. So if considering an Irish setter or any setter breed for that matter, make sure you make the commitment to spend plenty of time and energy loving and playing with it and the rewards will be great for sure.

For an added bonus, here is a quick link to a resource guide on where to adopt or rescue Irish Setter dogs or puppies who need good homes.