Do not mess with Irish women. Don’t be fooled if we are quiet and elegant.  Push us too far, and you’ll see a different side of us.  From Grainne O’Malley to Katie Taylor, we are fiercely strong.

This year’s centenary celebrations and commemorations of the 1916 Easter Rising have done far more to include mention of the women who participated in the rebellion than previous events, and Irish women have always been a force to be reckoned with.  We used to be a matriarchal society that worshiped a triple goddess, often represented by a triple spiral in ancient carvings, and if you take a good look at Irish history, you’ll see enough strong, powerful women to suspect that beneath the surface, despite Ireland’s deeply repressive recent history, we’ve retained an element of those matriarchal roots

Our earliest ancestors on this island, according to legend, were the Tuatha De Danann – the people of Danu.  Danu was a goddess and the leader of these people, who might have been supernatural themselves or might have been the earliest speakers of Blarney.  At any rate, Danu ruled.  Before we had St. Brigid, we had Brigid the goddess.  Many have debated that remarkable coincidence, but suffice to say that ancient Irish society did not view Brigid in any form as a weak, passive girl.  Stories of the goddess and the saint show her as a strong, determined, powerful and strategic leader.  From the earliest days of this island, women have lead and participated fully in public life. 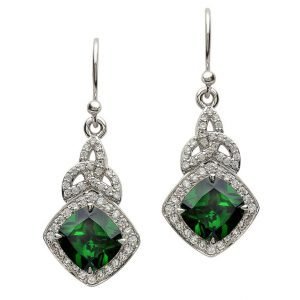 Well documented periods of Irish history include glorious stories of strong women such as Queen Mebd, star of the Táin Bó Cuailnge/ Cattle Raid of Cooley, and Grace O’Malley, the pirate queen.  It didn’t pay to mouth off to either of them.  Savvy with both wealth and weapons, both of these warrior women knew how to live large.  Whether it was jewels, a cow or a castle, if they wanted something they would roll up their sleeves and round up their armies to get it.

Yes, colonization and the early days of the Irish State were a blip in this noble history of equality.  But the fact that for that moment between the two – the years of uprising and rebellion to secure our freedom – women were fighting in the streets and behind the scenes.  Countess Markievicz, Molly Childers, Dr. Kathleen Lynch, Elizabeth Farrell, Rose McNamara and many other women played essential roles in the fight for Irish independence.  The new state showed little appreciation, and in 1918 the first Dáil had only one female member: Constance Markievicz.  But the second Dáil in 1921 had six women.

Are the mná na hEireann still warriors?  Anyone who isn’t sure clearly hasn’t been around a camogie field or a political event in Ireland, never mind an Irish mother.