Kildare’s K Club is one of only four Irish hotels to receive a five star rating from the American Automobile Association. However, this luxurious hotel started out as a french style home built in the 1800’s not aware of it’s renowned destiny.

The original owners of the K-Club were the Barton family who settled on building the property in 1832 while they lived in nearby Barberstown Castle. Their desire was to construct a French chateau on the land. What we now know as the K-Club was once referred to as the Straffan House. They passed their home down through their lineage of males for nearly a century. All of the male heirs had one distinct thing in common which was that they had all been appointed as the High Sheriff of Kildare at some point in their lives. At the time, the position of High Sheriff was omniscient in many different jurisdictions of Kildare. Eventually, the seat was abolished in favor of a different appointment in the 1900’s. However, being High Sheriff required nomination and then election from the Lord Lieutenant. Seemingly, the Barton’s family lineage was impressive and powerful even without their home. 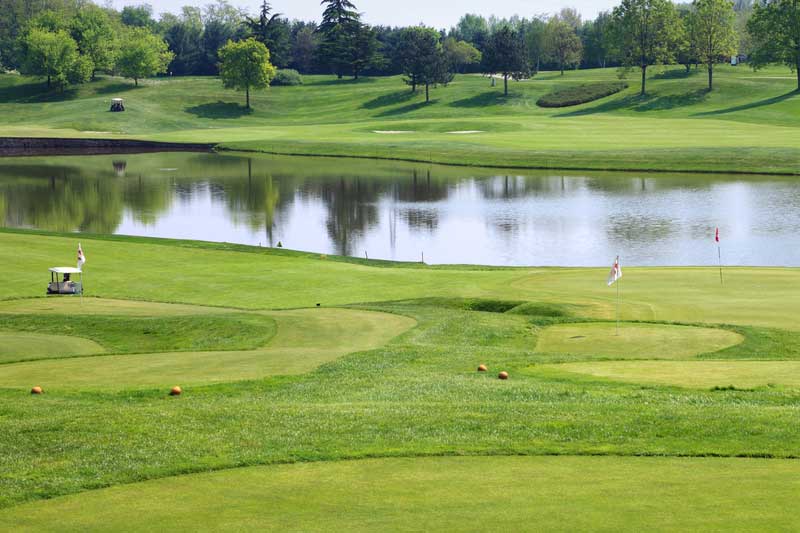 After Straffan left the Barton’s hands, it was owned by other distinct owners. One such owner was Kevin McClory who was a well known film maker and producer from Ireland. His most notable associations involved an almost marriage to Elizabeth Taylor and an ongoing professional association with Ian Fleming which would be marred with both success and strife. Evidently, McClory was primarily responsible for helping to adapt the character of James Bond to the screen from Fleming’s books. Fleming tried to exclude McClory from his future books and projects even after McClory had helped to form new aspects of his character. A lawsuit eventually took place in which Fleming was judged liable and made to pay McClory for his contributions to the Internationally known character of Bond.

In 1988 the K-Club was born and the Straffan House was a thing of history. Three years after, the K-Club was open for business. It offered total opulence and luxury for travelers and visitors within thirty minutes of Dublin. Like many prestigious resorts, the K-club has distinctly designed rooms where no two are alike in art pieces and antiques. The club offers a restaurant which like the hotel in distinction, has a one star rating from the Michelin group. There is also a spa with several unique offerings as well as special outings available.

But perhaps best of all, the K-Club has an amazing golf course which was designed by none other than Arnold Palmer himself. It is a difficult course, but surprisingly affordable for those who are willing to try it out. Considering the course was used for the 2006 Ryder Cup, $300 for a round of golf on a professional course where the best golf players in the word have tee-d off, sounds like too good of an offer for most to pass up.

For more information on the K-Club in Kildare see this link here.