Some relationships are truly historical in their inspiration and significance. For this pair, a chance encounter in the early 1900’s would lead to one of the greatest love stories to face modern day Ireland.

Kitty Kiernan and Michael Collins were not immediately drawn together. In fact, Michael had set his aspirations on one of her sisters. However, this sister was engaged to someone else. Even so, Kitty had at least one other suitor, Harry Boland. Michael and Harry had struggled to gain the affections of Kitty who was well known for her beauty and grace. In the clincher, it would be Michael who eventually became engaged to be married to Kitty in a upcoming double ceremonyw.booklistonlin that would feature Michael’s cousin and one of Kitty’s sisters.

Although Kitty had two suitors initially, her decision to be with Michael did leave Boland distraught and upset. It also caused a strain on the friendship between Michael and Boland. It is an eerie twist of fate that both men who vied for the same woman’s heart would eventually be met with such untimely deaths. 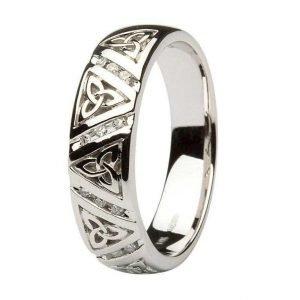 Michael was heavily into the the Irish revolution at the time and his many appointments consumed his energies. Kitty was made aware of the precedence of his work responsibilities. It seemed that Collin’s grew more and more accountable as he invested more time and energy into the Irish revolution. This was a source of divide between himself and Kitty.

However, they spent time together when they could although due to circumstances Michael needed to be in another country and therefore they were separated by much space. Out of this came the most romantic gesture of all, which was that Michael would write Kitty nearly every day while they were apart. She in turn would write him back. On occasion, Michael would inform her of the status of his work and the Irish situation at hand. He would sometimes warn her not to write things that would give away information, as their messages could be read by others.

There were over 300 letters in all that were sent between the two. They discussed plans for their future and how they saw their lives unfolding and what they wanted to have and be together once they were married. The letters were eventually chronicled into a book entitled “In Great Haste.” This was not the most romantic of titles, but named most aptly so because his and her writing needed to be written quickly and without much deliberation due to their trying circumstances.

Sadly, Michael was killed when his car was bombarded by his enemies. He was shot in the head and died instantly. Kitty was devastated by his death. Somehow, she managed to move forward and she was married a few years later to a general in the Army. They had two sons and the second they humbly named after Michael.

Although, Kitty and Michael’s love and dreams never came to light, it was still honored in the letters they sent to one another and the naming of a subsequent child of Kitty’s marriage to another man. Kitty also honored Michael with a display in her home so as he would always be remembered.