Home > Blog > Jewelry Education > Knots for Christmas. How to Bring them to Your Holiday

Celtic knots are ancient symbols. When they are worn, they literally embody great messages from the past. It is interesting since today, such old emblems can still fit in well with fashion and what we wear. However, I think it is easy for people to misunderstand just how deep their meaning is unless they grasp it 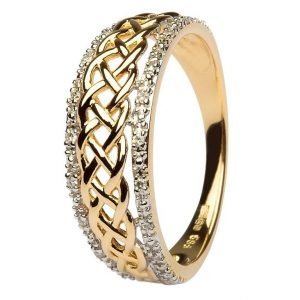 Maybe it is because the symbol is one that is commonly seen. Because of that, people might think that a knot is nothing new. But, that would be a misnomer. They are not dull because they were created long ago and since they represent things from the past. For example, knots were common all across Europe way back when. They made their way to Ireland eventually and for the most part they were incorporated heavily into religious culture. But, that does not mean that they only represented a deity or Christianity. There are, in fact, many different kinds of Celtic knots and most all of them have their own distinct meanings. The cool thing here is that you can pick the knot that is most familiar to you or the one that you think will resonate most with the person you’d like to give it to.

For example, the trinity knot is a very feminine symbol at heart. In fact, it originally symbolized three extensions or goddesses. One such goddess was known as the Great Mother and she pretty much ruled over many things. She personified fertility and was thought to be the mother of all life in the world. The Great Mother was entwined with the lunar phases and therefore she had a direct influence on the oceans and what bloomed and what did not. 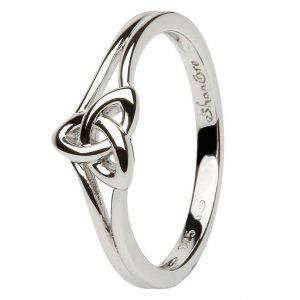 the Great Mother. Wearing a triquetra is, in fact, a form of worship. Meaning this gift would be very positive for someone who was a lover of nature and specifically of the earth.

It would be rather amiable to incorporate a piece with Celtic knots into your Christmas. This gift would make a wonderful pair in a present. For someone who is a lover of Celtic history and of Irish culture, you could give them a nice piece of gold jewelry with a symbol like the triquetra on it. Then you could group it with an interesting book on the history of the Celts or maybe even a sketch pad. Give them something with their knot that encourages reflection or helps them to understand more of what the symbol really means. This way you can turn a present that is steeped with meaning into something that the receiver can instantly connect to.