Home > Blog > Irish Culture > When You Know Your Parents Are Irish

How do you know when you’ve been raised by Irish parents? Is there a way to tell?

I’m sure most Irish people will say there is 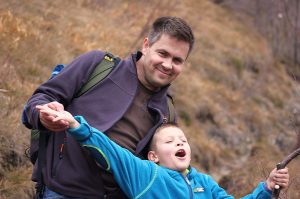 a definite way to tell the difference between one who was raised Irish and one who was not. Every culture has it’s special customs and when people care about passing that culture down to their offspring, it becomes a way to know. So how do you know your parents are Irish?

Watch this funny video made by Cian Ducrot as he explains the things that only Irish parents say according to him.

Some of Cian’s comments I believe to be universal. “No parities. No Parties.” This phrase is definitely not something new to parenting. In fact, if asked for a show of hands for those parents who do approve of their children throwing parties, I think the number of limbs raised would be scarce. Most parents do their darndest not to influence their children to participate in dangerous activities. However, is it something in the way an Irish mother or father might say this that makes it so much more convincing? Even I wouldn’t cross it.

So what else makes a parent very Irish as opposed to some other faction? Irish Central did a humorous post outlining some of the things that are mostly done by Irish parents. Of the ideas, some involved the things that Irish people just don’t do to food or drinks. For example, Guinness beer is pretty much just a beer in every other part of the world except for Ireland. It takes one dedicated fan to the concoction to say, ” hey! Lets put this in some cake too.” Only in Ireland.

And there are other things. Like when Irish parents get mad, they bring out their special ammo. Gazing over this list of common phrases Irish parents say when angry is quite something. They actually bring Santa into it.  I do not think that many Americans use this because most children will just say something smart in response. However, the Irish seem to hold Santa in such high regard that even their kids dare not disrespect him.

What other things do you think make Irish parents, truly Irish? Share your experience with us. If anything, the differences are humorous and we can’t help but love them anyway.