Paradoxically, the stereotypical Irish-American occupation has long been police officer, but in Ireland, the concept of police came from outside.  Once upon a time, Ireland ran quite smoothly and relatively peacefully without a single police officer.  Between the time of the Druids and imposition of British Common Law, Ireland followed its own unique system of justice and organization – the Brehon Law.  It used no police and had no jails. 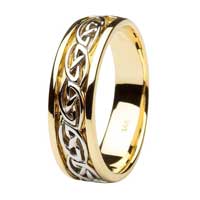 The Brehon were judges who heard cases and delivered verdicts, so Brehon law was originally an oral tradition of collected case law.  It was written down in the 7th century, centuries after it was developed.  Brehon law reflects a far more egalitarian society than existed in other parts of Europe.  Women held their own property after marriage and were Brehon judges.  Both men and women could initiate a divorce, and February 1st (an important day throughout Irish history) was the official day either party could call it quits.  It was not a completely free and equal society, however.  Dowries were paid for brides, and there was a strict social status structure that regulated who could do what and how much victims of crimes were to be compensated. 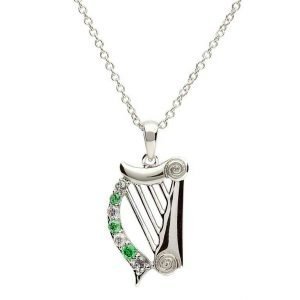 The layers and roles in Celtic society ranged from slaves to kings, with various grades and subgrades of clergy, lay people and various tradespeople and entertainers.  Harpists, for example, were of a higher rank than other musicians, and poets spanned the range of ranks depending on their skill and their family’s historic standing.

The social ranks had an enormous influence on one’s life and the laws were incredibly specific about what different groups of people could and could not do, including how much of various types of food they could have.  But it was possible for people to change rank.  It wasn’t easy, but the right combination of family history, material wealth and talent could allow an individual to rise.  Brehon law also detailed degrees of kinship and ensured inheritance was distributed equally to the heirs, regardless of whether the parents had ever been married or not.

Brehon law didn’t involve prison sentences, but used a form of restorative justice.  (That’s more proof there is nothing new under the sun.)  Offenders paid fines, but mostly they had to make amends to the victim.  For example, if someone injured another, the offending party was responsible for ensuring the victim got care and food and had a substitute to do his regular work.

The old legal system survived repeated challenges from the time of the Anglo-Norman invasion in 1169, but like our enduring structures and artwork, it survived for centuries despite it all.  English kings from Henry II to Henry VIII tried to replace Brehon law with their laws with very limited success until the Flight of the Earls in the 16th century.  It still took another century to be really and truly overthrown, but we still have a record of it to give us insight into how our ancestors lived.