Built in the 12th century, Leixlip Castle is one of the oldest continually inhabited buildings in all of Ireland. It was settled after the Norman invasion and went through a period of many different owners.

Currently, the owners of Lexilip are Desmond and Mariga Guinness.

Mairga is the daughter of a German prince and Desmond is a descendant of the Guinness brewer. Desmond parents were both notables. His mother was a famous Miltford sister and his father was a Lord. Desmond and Mariga were put in a fortunate position in the 1950’s when they came upon Lexilip Castle.

When they decided to make the move from England to Ireland in the 1950’s, property in Ireland was based at a very cheap rate compared to other parts of the world. Also, since neither of them were commanding full time work at the time, the prospect of owning Lexilip Castle became an endeavor to preserve and restore one of the oldest inhabited dwellings in Ireland. 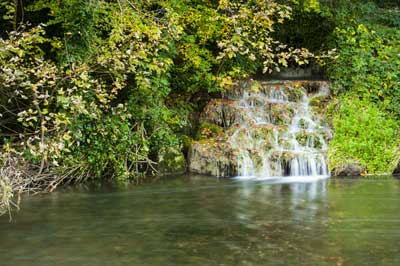 They used Georgian architecture to redefine the home’s interiors which bases it’s strength in English-designed homes. Thus Lexilip would become the center for what would be known as the Irish Georgian Society. The purpose? The society aimed to find and take control over old, rustic homes in need of repair and then to restore them in order to preserve history rather than see them demolished.

It is in fact a true reality, that many of Ireland’s greatest homes and castles are noted and filed, but classified as demolished. Their construction had grown too weak to longer support their structures and it seemed unfortunate that the government did not have a very high priority in keeping up all of Ireland’s historical buildings. A vast majority of the historic homes in Ireland have been seized by private citizens with available finances and the will to want to do the right thing for Ireland’s historical preservation.

It is true that the government does have control and funds over a small portion of historical homes in Ireland however, if it weren’t for the many individual citizens who decided to take an active part in helping all the homes that were being overlooked, many more building would no longer be standing. Lexilip is a testament to this principle because the owners were concerned with keeping a part of what was important to Ireland, rather than seeing it go to waste.

The Guinness’ also purchased a second castle, Castletown, with the same goal in mind; to help and preserve it. Ireland is quite the lucky land to have so many concerned individuals with the will to want to keep what is considered a great chunk of Irish history by purchasing and maintaining their many struggling homes back to amazing standards.

For more information please view this link on when and where to view Lexilip.