We have already established that Ireland is the epitome of music and history. Combine them both and you have an amazing mixture in Slane Castle which has been used as a musical venue since 1981. However, before this time, Slane Castle has been so much more.

Located in the town of Slane Ireland, Slane Castle has been part of the Conyngham family since taking over it’s reign in 1701. The castle has a very strategic location being that it looks down on the Boyne River. A very famous struggle, the Battle of the Boyne, was fought nearby and only a mere decade before this historic transformation makes it even more impressive. The Conyngham’s ancestry fought on both sides. 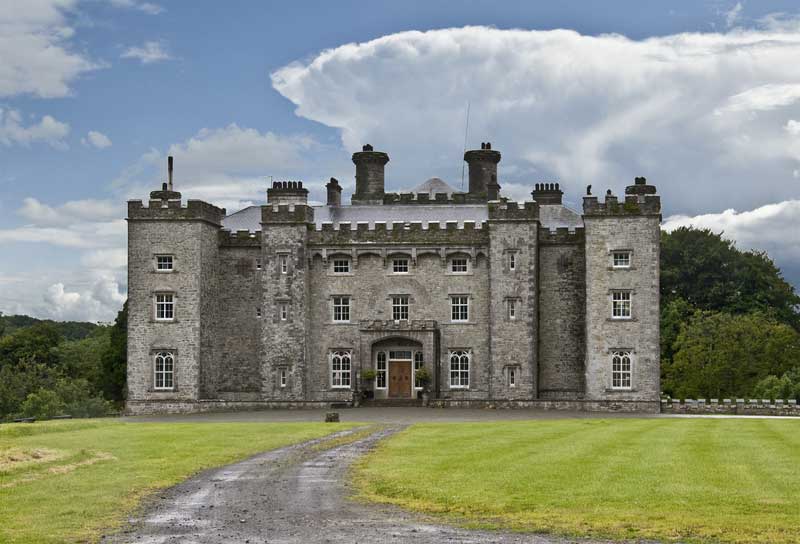 The castle’s modern day appearance was brought to life by William Conyngham and the first Marquess Conyngham. The owners were considered Scottish Protestant which would bear into play later down the line of heritage. With the ownership of the castle came seizing of outside lands as well and renaming of a local village to honor the name of the then head of the family Charles Conyngham. Soon enough, the castle was now considered by many a grand area or estate that now garnered control which included a town, a village and other areas.

Herein was where the religion became a factor for the Slane Castle. Conyngham’s enlarging to the Slane estate in Meath County went back nearly three hundred years because they purchased the castle after the Williamite Confiscation’s from after the war. Before the confiscations, Slane Castle was owned by a Catholic family who aligned themselves with the Jacobites whose main goal was to restore a Roman Catholic King to the seat in Ireland thus majorly clashing with any other ideologies to ascertain their pursuit. Long story short, the Williamites won and allowed for the confiscation of the castle which allowed for the Conyngham family to purchase the property. It is amazing to me how something as simple as backing a certain side could allow for one’s property to have led to confiscation, but it did.

Nowadays the Castle can be seen as a host to many amazing concerts and venues. It has a lovely natural ambiance and can hold a capacity of 80,000 spectators. Many well known performers have performed at Slane Castle such as; The Rolling Stones, U2, Red Hot Chili Peppers, Queen, David Bowie, Neil Young, Bryan Adams, Bob Dylan, Bruce Springsteen, Guns N’ Roses, Madonna, R.E.M., Foo Fighters, Celtic Woman and Oasis.

If you are ever in the area, take a looksee to see if Slane Castle is hosting any events. On their web page they have a listing for concerts and events both past, upcoming, VIP and private.