Can you imagine being adopted by your actual mother who had chosen to hide the pregnancy? One man has lived this and gone on to share his extraordinary tale.

Tim Brannigan is many unique things. For starters, he’s black and an Irish Republican. What that last part means is that he is part of the largely Catholic group of individuals who wanted Northern Ireland to become a part of the southern part, i.e. the republic.

That never did happen as the two land masses are still separate. But, that is not for lack of trying.

During the thirty-year conflict in Ireland, the Troubles, both republicans and unionists fought against one another to preserve what they felt was the correct leadership for their country. These lines were definitely based in large part to religion and preferred nationality.

In the midst of this, Tim’s mother, Peggy, had an extramarital affair with a doctor from Ghana. She, therefore, hid the pregnancy and persuaded doctors to tell her family that the baby had been born stillborn.

In a miraculous chain of events, Tim was then placed into an orphanage for one year until Peggy came back for him. She then, adopted him while outsiders believed there was no relation. Only Peggy and a few other people knew the truth.

Tim’s story is nothing short of amazing as issues such as consequences of having affairs happen more often than we might realize. Hardly ever, have I heard a story such as this one, where the truth was hidden from so many. However, in the end, the mother and son remained together and no one got hurt by the affair. In fact, it seems that Tim can see the self-sacrifice and devotion that his mother embodied. 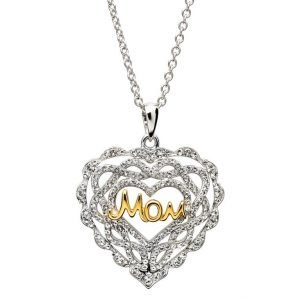 She did not run from her problem, but rather, crafted a way to shield her baby until the dilemma could be handled in a delicate way. She naturally waited to tell Tim of his true relationship to her and he didn’t grow up with a distorted sense of who he was. He accepted that he was not your typical citizen and also embraced the reality once explained.

Today, Tim has written a book on his life and talks are to make it into a feature movie and I imagine that it will be a great one.

My belief is that even if Tim had never learned the truth about his conception, that he would have always held dear the relationship that he had with his mother. And that alone is inspirational.

When was the last time you gave your mother something special?