As  nations fret and worry about accepting people who have arrived from other places, some driven by war or poverty, it may be time to consider the impact of previous immigrants to Ireland. Aren’t we all delighted with the Vikings these days?

Who were the Vikings?  They were marauding hordes from Norway who arrived on magnificent ships wearing ridiculous hats and proceeded to make themselves right at home.  They did not have passports, although they did have some job skills that were lacking locally.  Sure they looted everything in sight and enslaved a fair few locals, but they also built our first city Waterford. 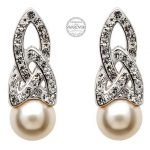 After their initial mayhem, the Vikings calmed down considerably and became productive members of society.  Perhaps they were just a bit giddy upon arrival, and honestly, it wasn’t like they could just shop for souvenirs back in the 8th Century.  Who doesn’t love to bring a keepsake home from Ireland?  Maybe they’d promised the children and spouse they’d bring home a surprise, and if you’ve ever done that you know the pressure.  Sure now you can even buy gorgeous Celtic jewelry online, but the Viking didn’t even have sat nav to help them get here never mind internet shopping. 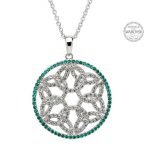 Once the Vikings got a foot in the door and stopped pocketing everything that wasn’t nailed down, it turned out that their arrival, while briefly disruptive, did Ireland some good.  Soon they were developing trade between Ireland and Scandinavia, not just sending treasures back home.  We did pretty well, really, because we were trading cowhides for wine, figs and olives according to the Irish National Heritage Park.  If you’re in any doubt about which is a better product, try giving one relative a bottle of wine and another a cow hide next Christmas and see what happens.

The Irish National Heritage Park in County Wexford is one great place to go and learn about the Vikings in Ireland, and there are more.  You could plan a whole vacation with a Viking theme, and you’d also be spending your time in the sunny southwest of the country.  We call it that because it’s a place where you might have a chance of seeing the sun, but that’s a whole other issue.  Let’s just say the Vikings weren’t here to catch some rays.

Waterford was founded by Vikings, and is home to Ireland’s oldest remaining civic building.  Reginald Tower dates back to at least 1088, and you can visit it now to learn more about Vikings in Waterford.

In Dublin, you can get in touch with your Viking roots aboard an amphibious vehicle while touring the city.  While plundering is forbidden, you can don a Viking helmet to enjoy the sensation of invading the city and roar at passersby.  You can also visit Dublinia, a museum of Viking life in Dublin where visitors can try on some Viking clothes and visit a Viking home.

Of course, we’re all aware of the lasting impact of the Vikings on Irish fashion.  It was the Vikings who introduced the classic horned helmet to Ireland and it is still popular today.  Irish fashionistas of all ages can be seen sporting this timeless look in modern, chic Dublin, and visitors will see a huge range of options from knitted to plastic Viking helmets.  They’re right there in the shops for sale; you don’t even have to loot them.