If you are to take a look at images across the Internet of Irish clothing and their historical content you will be met with a myriad of designs that strike a resemblance of the Renaissance. You will see long flowing skirts and long draping sleeves for women. Men will resemble something of a Scottish resemblance with kilt-like appearance, but they too have gathered amounts of cloth, although not in a long skirt fashion like the women did.

Compared to her neighbor England, Ireland was at a disadvantage in the realm of fashion. The Republic unfortunately got a bad rap for lacking in the finer manners of the Brits and were thought to be more curt and boorish. This did translate to the manner of style. Ironically enough, this was not the case in Ireland and it couldn’t have been further from the truth. The Irish people were no less sophisticated or refined than their counterparts nor were they lacking in taste or civility. It was unfortunate that based on some minor appearances that a rift was made between the two countries early on.

For example, one popular item that was worn often was the beaver hat in the sixteenth century. Many top hats were made of beaver as well as other styles. The trend in beaver hats nearly drove the species to extinction until finally the use of silk became a better material for hat making.

A big distinction between the women in England and those in Ireland was that the clothes in Ireland were free flowing and more free-spirited versus the tight and constricted garments that the women of Britain would wear. The people of Great Britain looked down on the style of the Irish women during this time believe it or not because they considered it such a contrast to their own form of dress and perhaps they assumed it meant that this represented an inner value contrast. Whether or not this were true remains to be seen, however, we can only speculate what the two countries were really thinking about their true natures underneath their external dress codes. 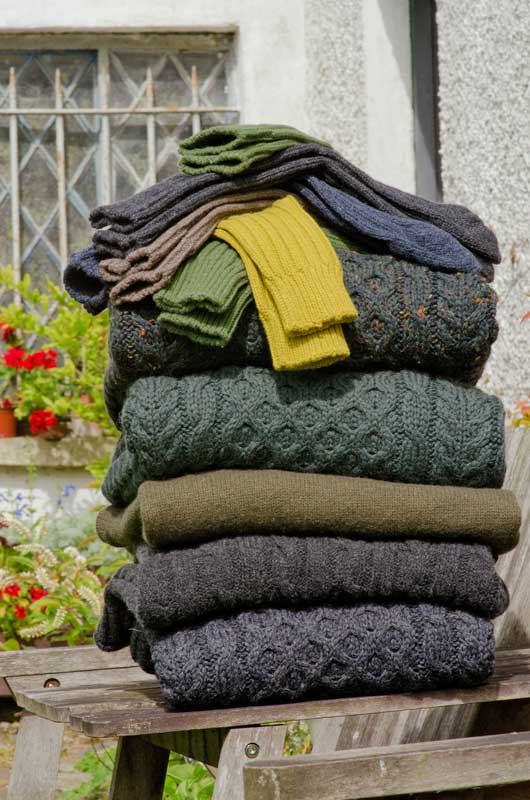 So where has this misconception gotten us? Hopefully to a full 360 turn. People no longer view Irish culture or their clothing as boorish or vulgar. The Brits are no longer seen as superior to the Irish as well. There are many famed Irish designers who have paved their way into making big names for themselves and the public can find many online catalogs or otherwise for the latest in Irish styles.

If you aren’t even sure what those styles are you may just need to think for a brief second and wonder if you have ever worn a tweed jacket and realize you have Ireland to thank for that and didn’t even know it. Most Irish tweed is handwoven and is quite well known throughout the Republic. Aran sweaters are also extremely popular which are named for the Aran Islands off the west coast of Ireland. These sweaters are distinct because of their unusual patterns. It might be fair to say that everyone in Ireland owns at least one of these.

Fashion has come a long way in Ireland from where it was once a neighborhood misunderstanding and cause for grievances. Now the Republic has earned the respect of most everyone around and is considered one of the friendliest or nicest places to be. Most certainly everyone wants to know where they can find a little piece of classic Irish fashion and the more handmade, the better. Even better is that most people are willing to pay a little bit extra to get that unique Irish love sealed into their purchase. Here’s a great link to check out for Aran sweaters straight from Ireland.