Ireland has a stormy past figuratively, but do you know about the storm that made history? On January 6th, 1839, a storm struck with such merciless ferocity that it marked the lives of those who lived through it.

It was the Feast of Epiphany, which in Ireland is also known as Little Christmas or Women’s Christmas (Nollaig Mna), but it became known that year as the Night of the Big Wind.

The morning of January 6th seemed fine.  It had snowed the day before, and no doubt children were out playing.  Things turned strange as the day went on, however, and temperatures rose to an unseasonable high, melting the snow quickly.  In midafternoon, according to some reports, an eerie stillness fell over the land.  It began to rain, which was not unusual, but that night the hurricane struck with deadly force.  In the midlands, reports tell of a loud rumbling noise heard before the winds hit, reaching speeds estimated up to 115 miles per hour.  The wind rampaged across the island all through the night, leaving horror and destruction in its wake.  It was the worst storm in the living memory of those who lived through it, and indeed the worst storm to hit Ireland in the 300 years before it struck.

Lives were lost on land and at sea.  Estimates range greatly, but some papers at the time reported 300 or 400 hundred people killed, mostly at sea.  Those killed on land were mostly the victims of walls and buildings that collapsed.  The damage to property, livestock and wooded areas was horrendous.  One news report at the time claimed that tens of thousands of homes were wiped out. In Dublin, an estimated 25% of the city’s homes were destroyed.  Buildings that withstood the storm still had significant damage including collapsed chimneys and broken windows. Farmers suffered because not only did they lose their homes, but their winter feed stores and much of their livestock.  Wild bird populations were devastated; birds were killed outright, and their nesting grounds and habitats were all but destroyed.  Salt water fish were found miles inland on January 7th, and salt brine from the sea was found on trees and buildings up to 12 miles inland. 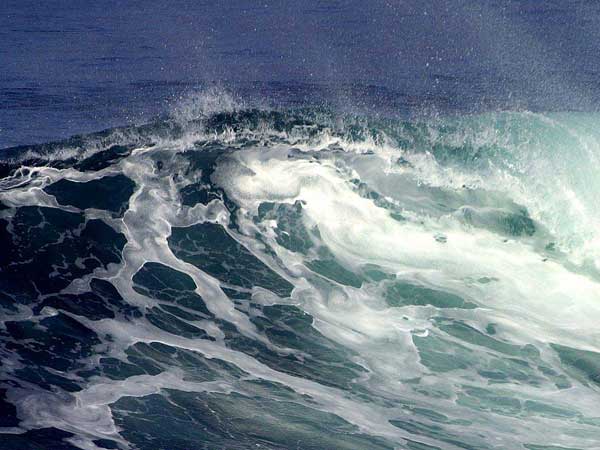 Such was the universal impact of the Night of the Big Wind, that when the state began issuing a pension to the elderly in 1909 in the absence of official documentation to prove an applicant’s age, an application would be approved if the person could recall the events of that terrible night.

Remember too that this horror battered Ireland less than a decade before the famine in the mid-1840s.  People spent years rebuilding their lives, their homes and their farms after the Night of the Big Wind only to lose everything again when the famine struck.  The time after the holidays can be a bit of a letdown, but we are resilient.   We don’t forget our painful past, but we can draw strength from it when our present is tough going.